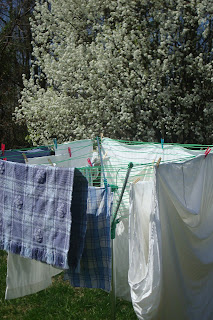 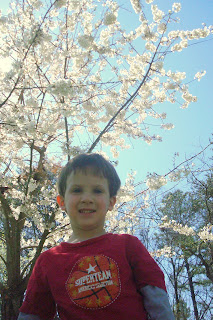 This morning we participated in the Cystic Fibrosis Great Strides run and walk. 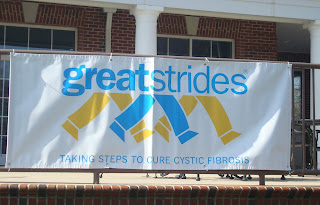 Rheagan decided to do the 1 mile run... 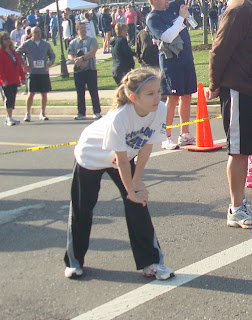 and she came in first place with a time of just over 6 minutes! 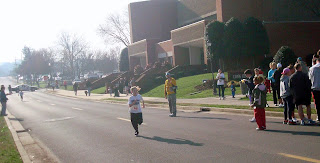 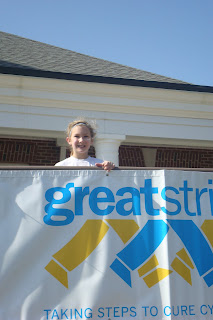 Then we all walked in the 5K walk and even the man with the bionic knee walked it and Tripp rode his scooter. I was huffing puffing and didn't get a picture!

The eldest gson in TX is the district tennis champion. The younger gson in TX played in a championship basketball game today and came up just a little short...much like the Lady Vols. 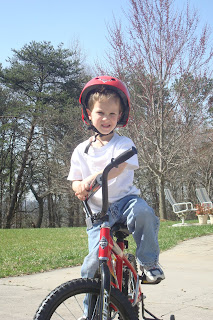 Even though the calendar says that Spring is here, the weather certainly does not seem to understand. Today, March 22, we have had rain, snow, sleet and hail, with all of them coming several times today! Really strange.
Posted by Mary Helen at 3/22/2010 02:35:00 PM No comments:

In the past few days we have been in Jackson, TN to watch the Lee Lady Flames play in the NAIA National Tournament. 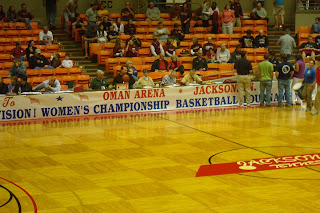 Here are all 32 teams on Wed. night at the gym. 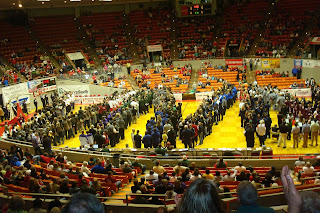 The girls won their games on Thursday and Friday and were in the Elite 8 on Saturday. Before that game in the afternoon, we got in some Civil War history and a Cleveland State-Jackson State baseball game. 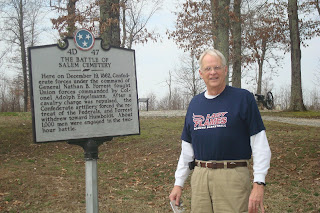 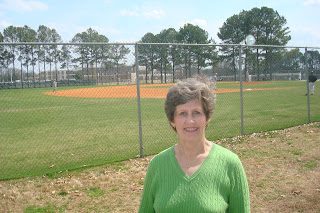 On Saturday afternoon, the girls beat a team from California to make it the Final Four on Monday night. Due to all of the excitement after the game, the picture was blurry! 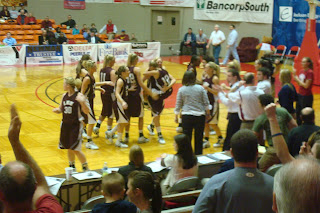 Way to go, Allison and the rest of the team!

We were in the gym for 3 1/2 days and saw 25 basketball games! That's a whole season's worth in a few days.

Now we are back home and what are we doing...watching the NCAA basketball games on TV. Our brackets are down the tubes with Kansas losing, but I was in the lead of the family pool prior to that.

I wanted to show some pictures of spring thinking about coming to East Tennessee but all we have had recently has been rain, clouds and more rain.

This past week end I went to a Girl Scout reunion. Some member of Troop 72 got together for some great food, fun and fellowship. 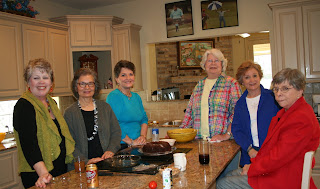 We now have a new knitter...B, you are a fast learner! 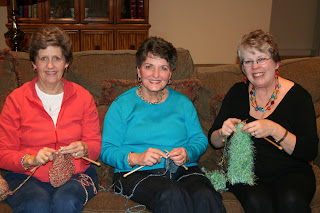 Today is March 2 and this is Texas Independence Day. Anyone for Mexican food?!!

This morning we woke to a few flakes of snow that were part of the wintery mix that was forcasted. By noon, we are in a winter storm warning! The snow is really coming down, but schools are still in session. It is so pretty out our back door. 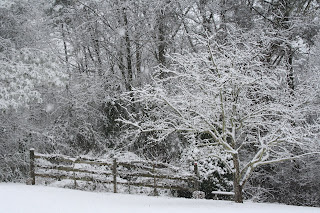 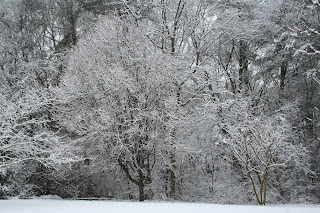