The oldest grandson is now 16!  Wow, where did the time go…his mother is supposed to be that age!

Here is a picture of him along with the youngest grandson, who stayed this close to him the entire recent visit. (He has a real tendency to look oriental during pictures.) 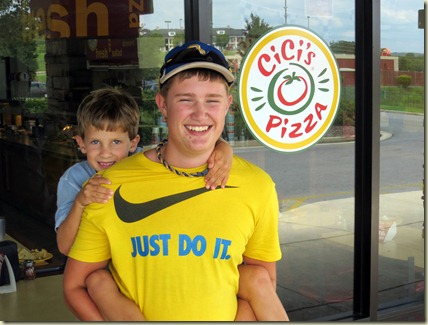 Another one…see what I mean…the shadow is there! 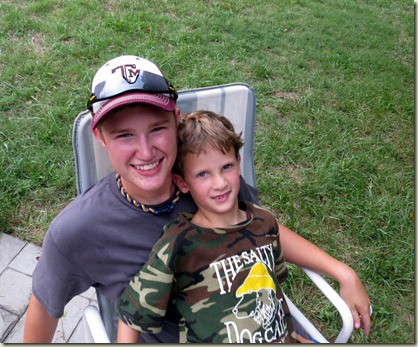 The final play we saw that the Utah Shakespeare Festival was Les Miserable which was a very emotional and wonderful way to end our week of 6 plays. 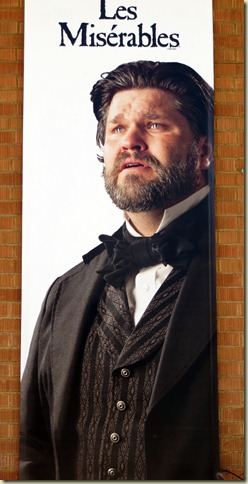 The play is a musical adaption of Victor Hugo’s epic novel set in France just before the French Revolution.  It is the story of Jean Valjean, paroled from prison after spending 19 years there (for stealing a loaf of bread), his adopted daughter, and Inspector Javert, an idealistic policeman that continues to pursue ValJean, mostly for being successful.  along the way, there is love, hate, revolting students, a massacre of those students,  and human redemption.  Interwoven in the plot is the message that love and compassion are the greatest gifts that one can give to someone else. (For more details, please see the 800+ page novel)

This play was preformed in the Adams Theater; this is where we see the non Shakespeare plays. 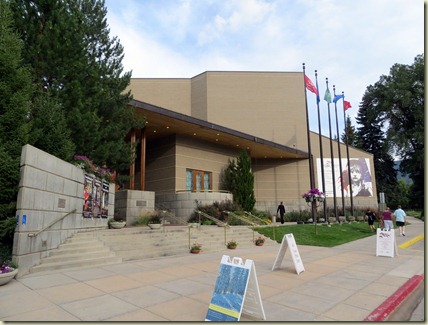 The next morning we went to the literary seminar for discussions on the play. Then we packed up and headed to Las Vegas where we would catch our flights back to reality!

We took a back road as we drove south and found a very interesting town of Enterprise. On their square, we saw 3 generations of LDS churches; it’s hard to see the 2nd and 1st churches, but they are to the right of the modern church. 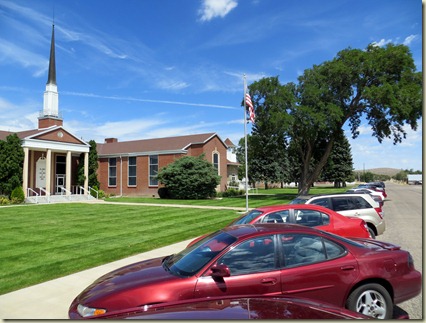 We stopped at a display of antique farm equipment. 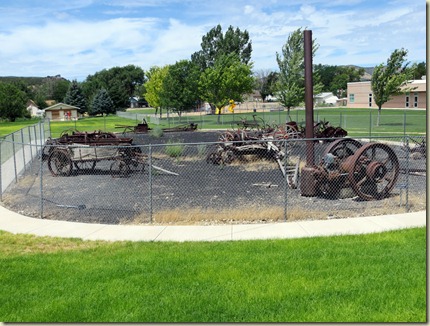 Also at the park was the original tithing building for the town. 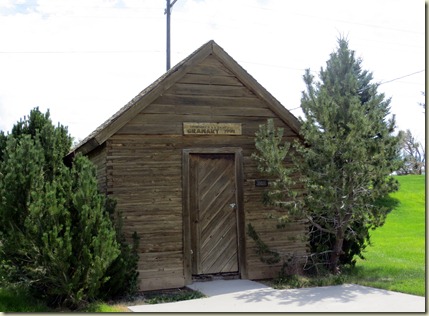 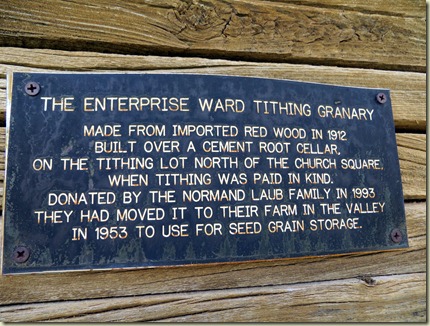 Of course, we had to have a snack and Twix and Snickers ice cream bars seem to be a great choice! 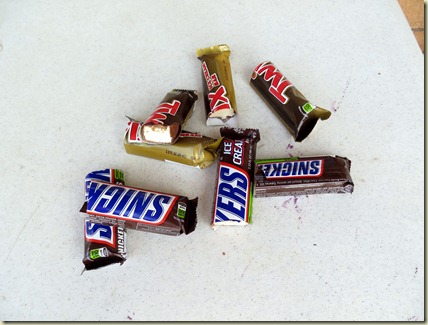 Not far from Enterprise, was the site of the Mountain Meadow  Massacre, which was the purpose of our coming this way. This is a picture of Mr. Blake, who donated the land to the LDS church. This where a wagon train from Arkansas came through and threatened the Mormons and said they were going to California and getting a militia and coming back and killing everyone.(They were angry because the Mormons along the way would not see them any supplies.) Somehow the Mormons got the men of the wagon train to give up their guns and then they, the Mormons, sent the women and children down the road and then they massacred the men!  it sounds very cruel but the more we learned about the situation, we were able to understand both sides of the story.

Mr. Blake,85 years old, lives across the highway from the monument and when he saw us, he rode his 4-wheeler over to visit with us and tell us the story and to take us in the field to show us the original monument that Brigham Young later had torn down.

This would be an interesting time in Western history to Google. 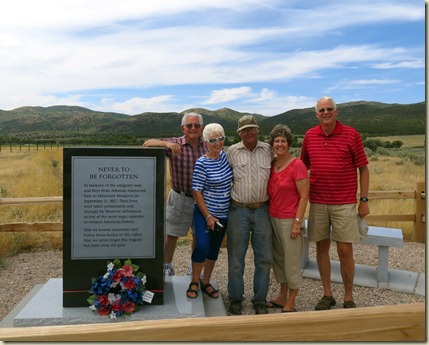 We had a another wonderful time in Utah with J and D.  We already have our tickets for next year!