The day started out with visiting with a former neighbor and dear friend who prepared a delicious breakfast. 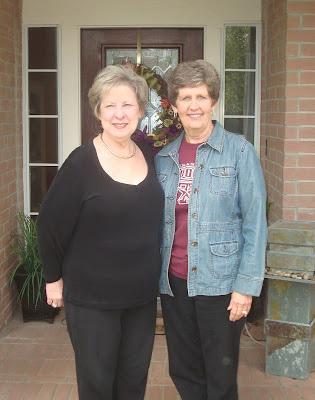 We then drove to College Station where we met the rest of the Aggie family...they were handing our bandannas! 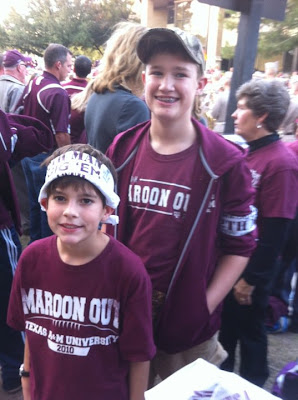 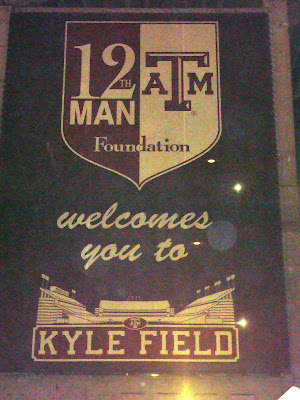 There were 30,000+ students tickets sold and 90,079 total in attendance...both numbers the largest in Texas A&M history. A night game at Kyle Field is always exciting but this game was electrifying!!
At half time the score was 3-3. The band did an unusually great performance. 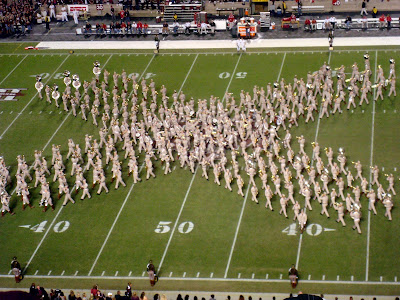 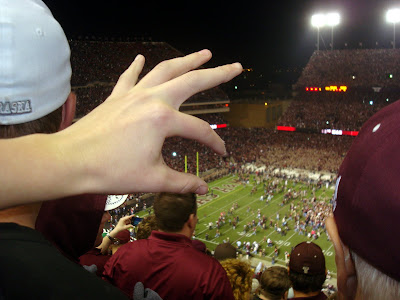 When the game was over and A&M had won 9-3, the field became alive with students. No one wanted to leave the stadium!! 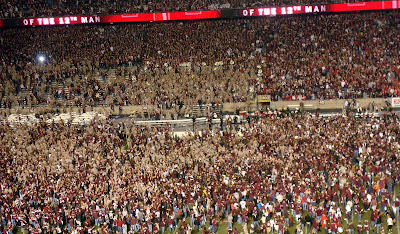