We drove from Lufkin to College Station for the A&M/Missouri football game and along the way we drove by the gym where Mike began his basketball referring career in 1967. The gym is still there! 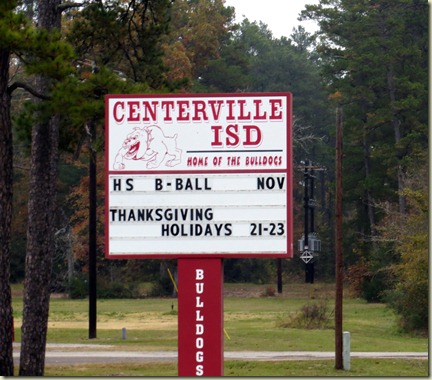 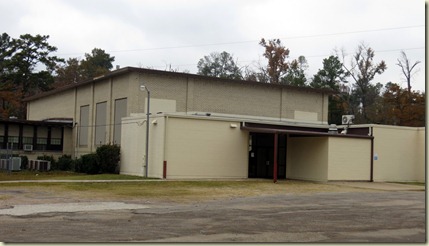 We tried to eat at Chicken Oil and have a hamburger and cheese fries, but there were over 70 people in line to order so we decided to leave! 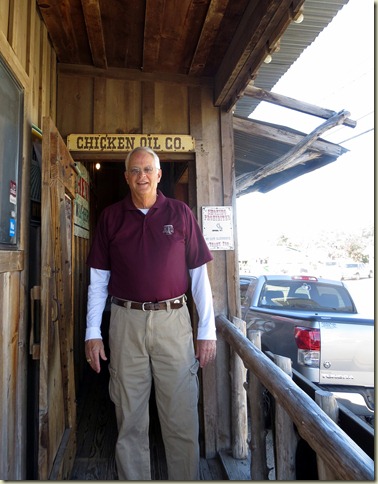 The rest of our family arrived and we enjoyed the pre-game activities. 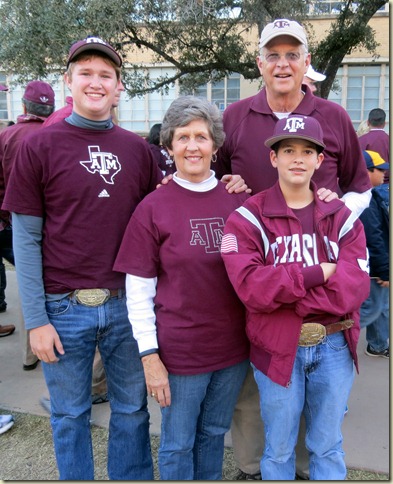 We are in the stands before the game started. 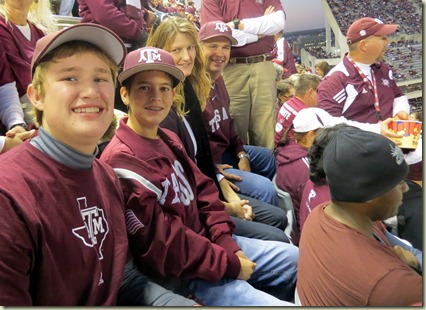 We loved the game, especially since we won. As the evening wore on, we had to put on more layers, but they really weren’t enough…we were still cold.

The band preformed their famous crossing drill and then the block T with an A and an M. 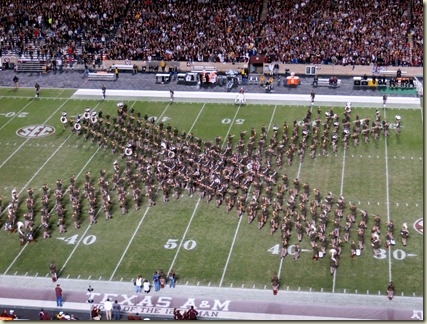 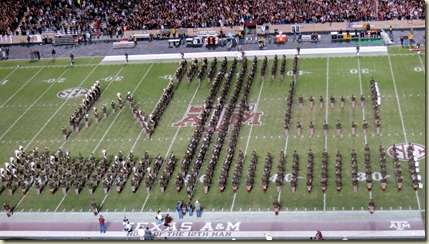 An after the game shot of mother and son! 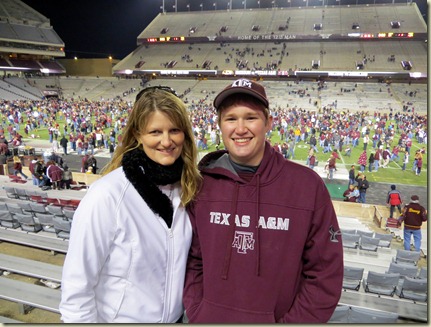