Today was the Fall Festival for the San Patricio 4H clubs. There were booths of all sorts...Jackson came home with a pocket full of assorted prizes and candy in addition to the 3 goldfish that he won. (We had to stop on the way home to get some fish food for them!) Payne's first responsibility was to be in the dunking booth. 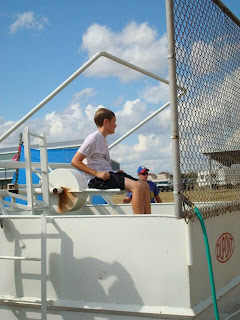 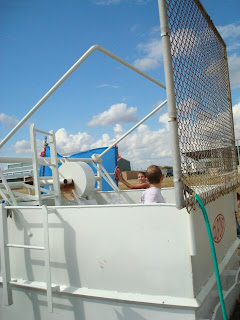 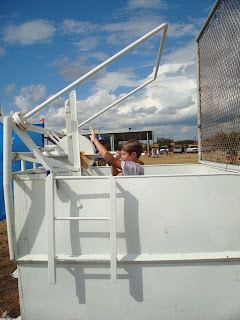 Jackson enjoyed taking a turn and hitting the bulls eye! 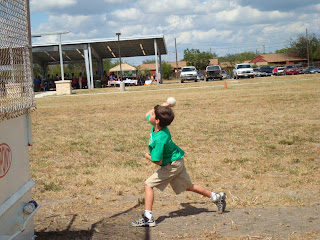 Payne had a "friend" put him in jail and jack had a good time on the blowup climbing wall. 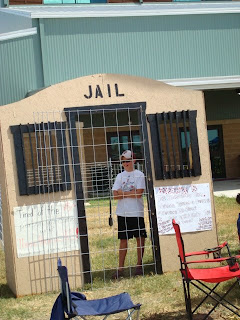 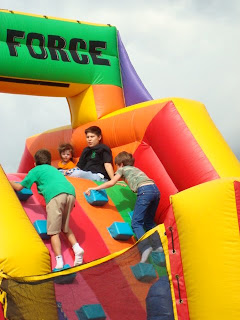 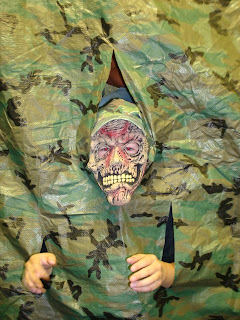 Jackson and I came home after it got dark so we could feed the pigs and get ready for bed. Payne stayed with his aunt and cousins so they could go the dance for a while.

I do believe it was a lot more fun at this festival!! I loved Jackson dunking Payne. So glad the household now has fish - more animals were needed at the farm! Again I think it is so wonderful what great memories these guys have of the 2 of you!