We had a great week end in Texas and ate some wonderful food.  As soon as we got off of the plane in Houston, we headed to Moe’s for delicious bar-b-que.  We each had a loaded baked potato and we shared brisket and sausage. 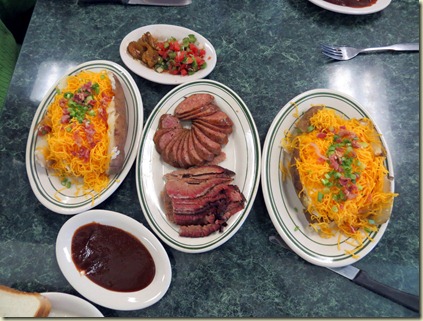 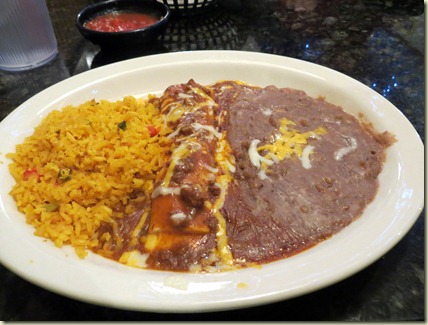 After running errands, we went to the LHS football game, but forgot the camera!

Saturday morning we ate breakfast with D and S… 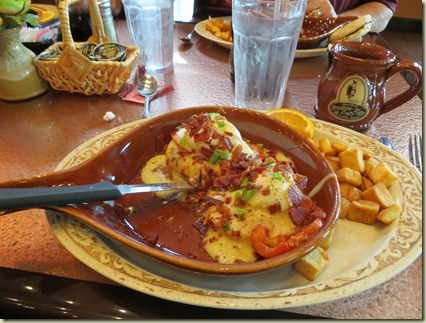 then we headed to CS for the A&M football game. We had hamburgers and cheese fries at Chicken Oil but again forgot to take the camera.

We watched the team walk to the stadium… 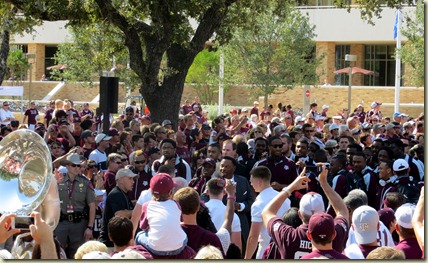 The boys each brought a friend with them to the game. 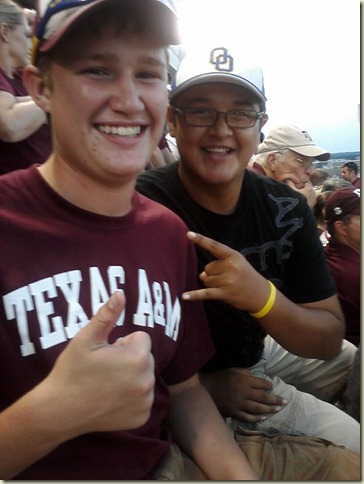 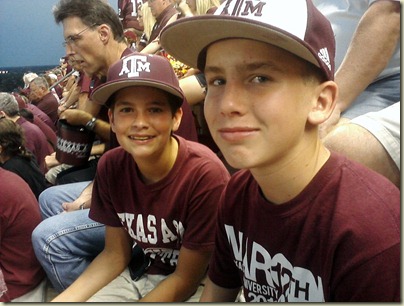 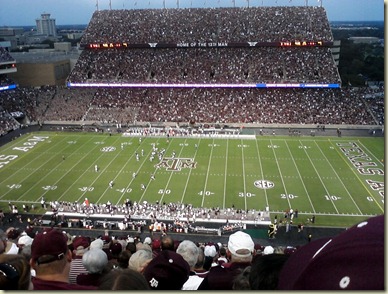 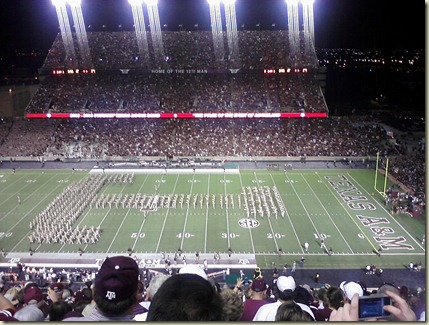 As we were leaving we passed the President of A&M, so he graciously had his picture made with P and J. The last picture should be of the McDonald’s ice cream cone that we ate on the way back to Houston!

It really was a wonderful week end of food and football!

I am surprised you don't have a camera on your cell phone. However, you got some good pics of most everything. You know that Bill is our football fan - - - but even I know that you all not only beat them but just about beat them up in points!