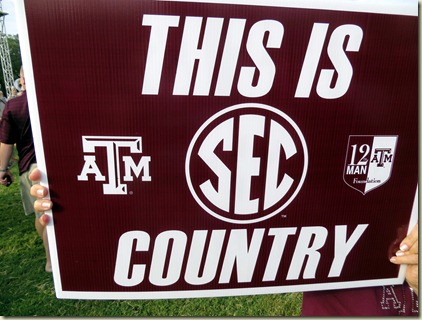 Mike, and Aggies in general, are glad and excited for A&M to be in the SEC.

Having ESPN Game Day on campus was an added bit of excitement for the A&M vs. Florida football game. 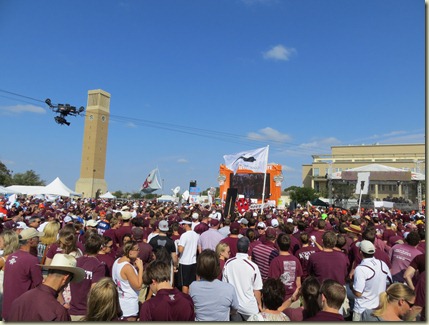 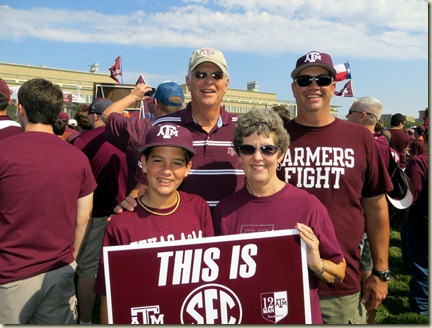 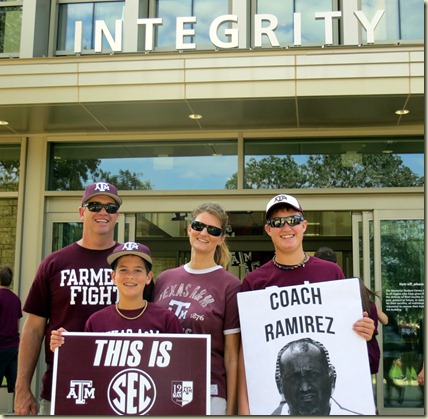 The crowds were energized as they awaited the A&M band and corps to march down the street. 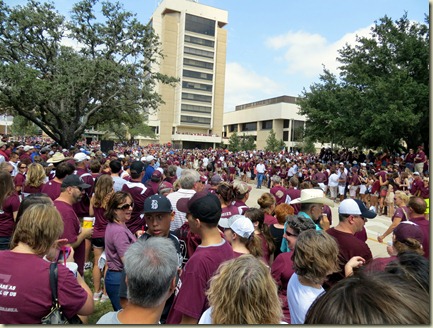 It took longer than usual to get into the stadium. 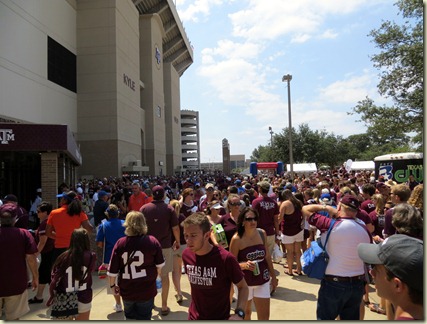 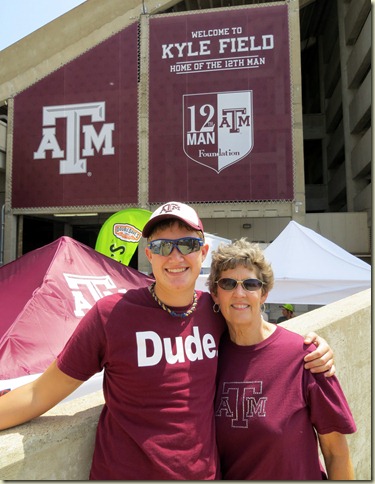 The fly-over at the end of the National Anthem… 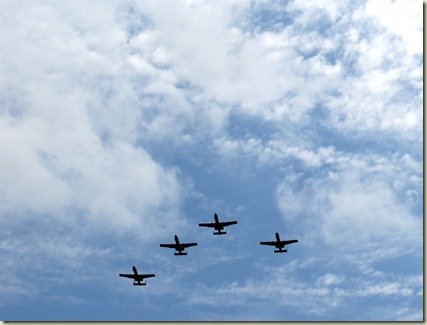 The new coach made some changes in the way that the team enters the stadium. 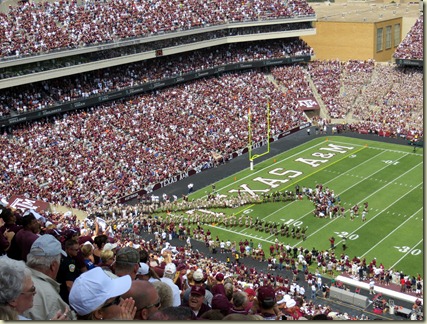 Ready for the kick-off… 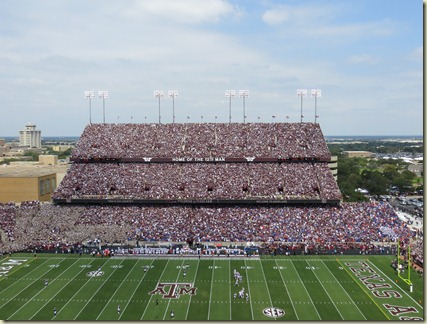 The band acknowledged the SEC at the end of their performance. 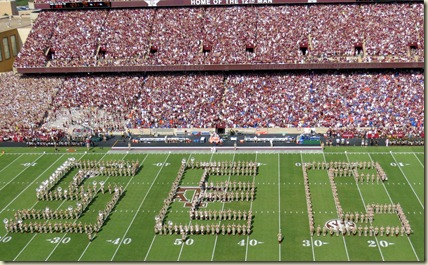 Glad you are catching us up on your life! You've been misses!