We drove to Memphis where we went to antique stores, drove around some beautiful neighborhoods and then went downtown.  Our first stop was the Peabody Hotel where we got to the see the famous Peabody ducks leave their fountain, get on their elevator and go to their penthouse for the evening. 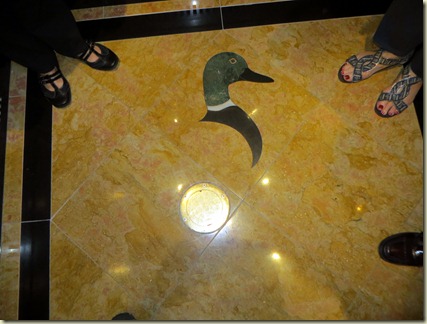 When we arrived, the crowds had already begun to gather so we had to go upstairs.  Most of the pictures were too dark but here you can see their red carpet and the stairs that they will use to climb out of the fountain. You can see 4 ducks in the fountain. 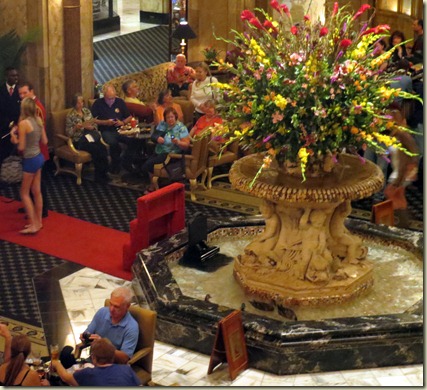 We then walked to Beale Street... 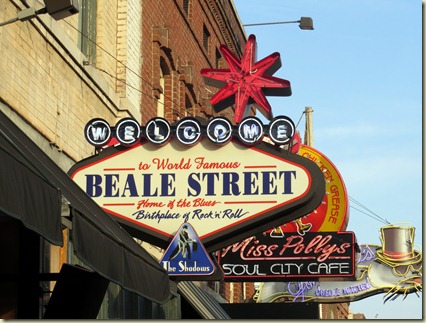 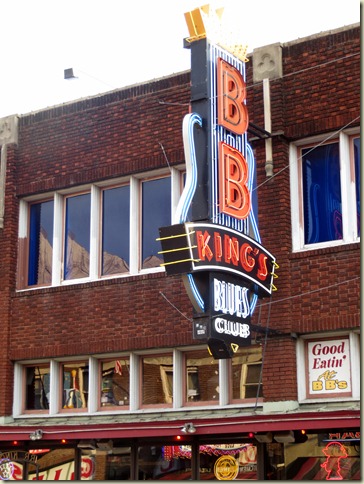 and then it was time for supper at Rendezvous. 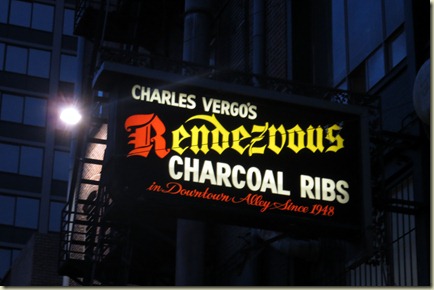 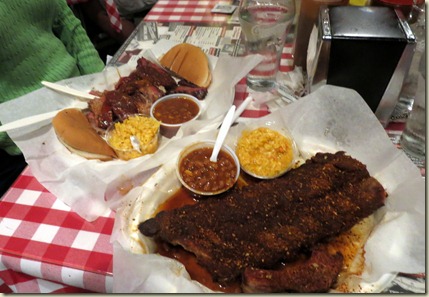 Great ribs and brisket along with the atmosphere!

Saturday morning we had breakfast at the hotel and then drove to Oxford for the football game.  We parked near the square and began walking around. The courthouse is in the center of the square much like it is in many county seats in the South. 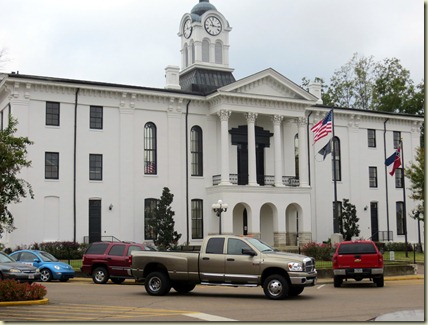 As we were walking around, we saw Dr. Loftin, the President of Texas A&M University.  He was so gracious to have his picture made with us. 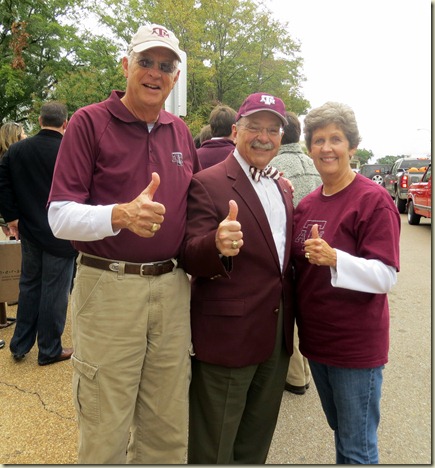 A former football coach was also there, but he had walked off before we could speak to him.  We find having a college president and former coach at an away game a very unique situation. 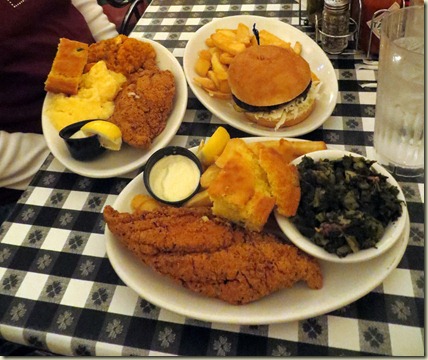 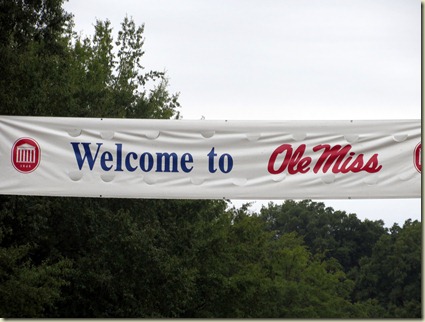 and going to The Grove. 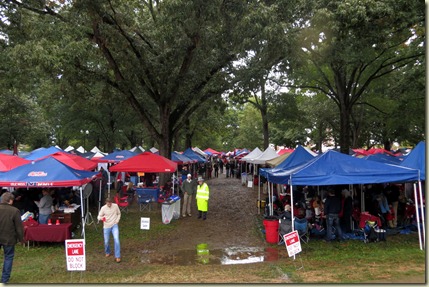 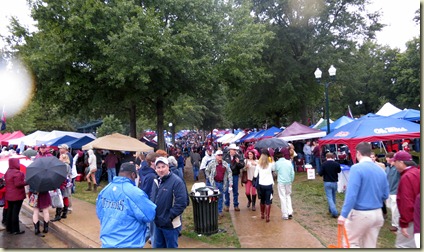 We then went into the stadium 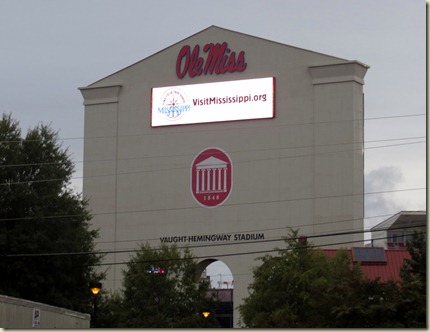 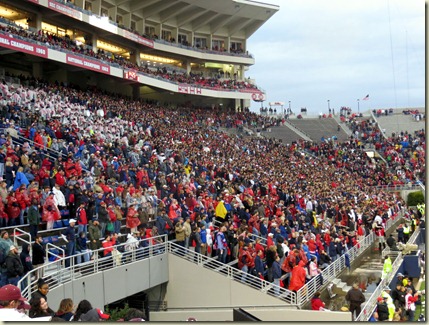 Bowtie is short. Just an observation.