We started off with another Literary Seminar and had very interesting discussions. 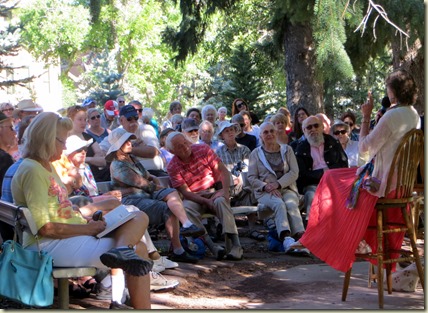 Then it was the Actors Seminar and Brian Humphrey joined us to talk about his experiences.  He talked about growing up in Amarillo and going to Baylor University.  Sic’em Bears!! I talked to him afterwards and we talked about the theater department at Baylor and at least I knew names!  He graduated in the 1970s. 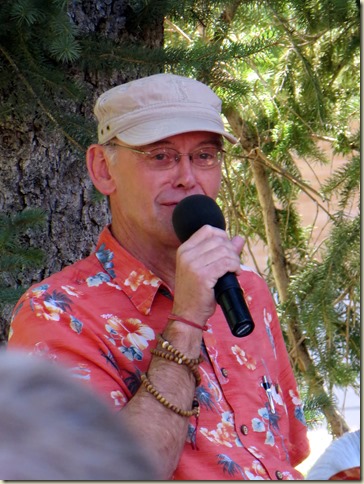 The grounds at Southern Utah University are so well maintained. 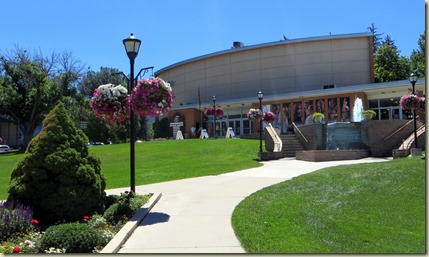 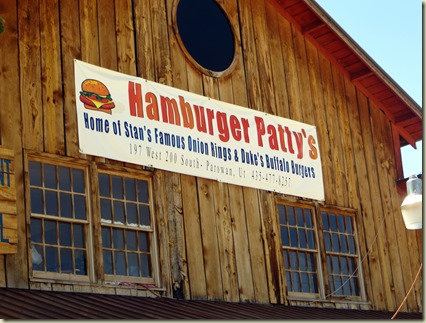 We drove up to the summit of Brian Head… 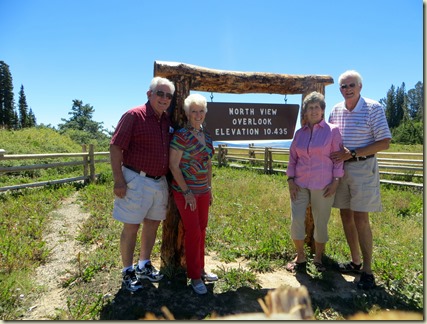 At Cedar Breaks, we had a Ranger Talk and he gave us information about the geology of the area and talked to us about the flowers and trees.  Many of the spruce trees in this area have died as a result of the spruce beetle, but there are younger, smaller trees are coming back. 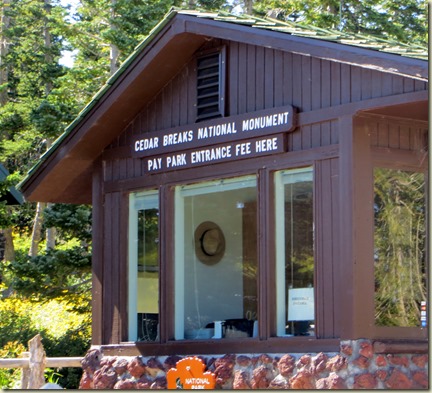 The view from above showed the many colors caused from the minerals in the ground. 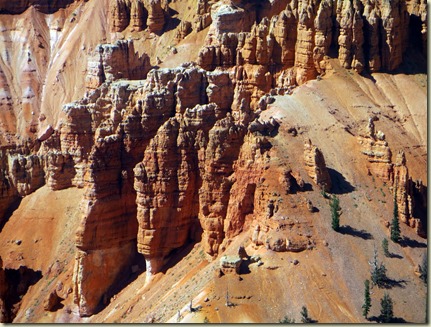 The hoo doos are always interesting to see. 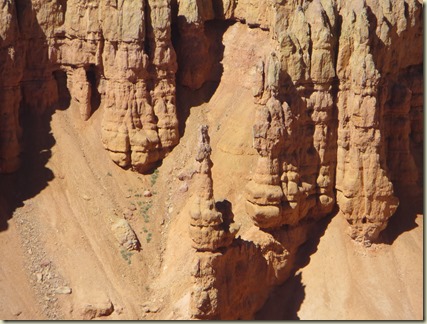 We came back to the Festival and found the  SUU football team watching the Greenshow! 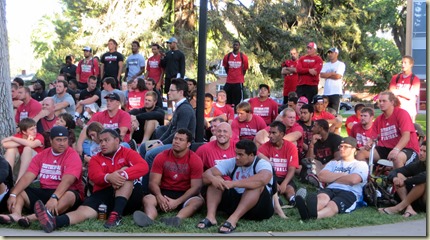 We went to see King John in the outdoor theater. After a very good orientation earlier, I was able to follow the story easily.

The play, KING JOHN, is not the first historical play that Shakespeare wrote, but it is the first chronologically. It is a study in succession. Queen Elizabeth, the reigning monarch during much Shakespeare’s time, would have been sensitive to the subject due to the questions about the legitimacy of her reign.

At the death of King Richard I, his brother, John, seizes the throne from their young nephew Author although Arthur’s claim to kingship is superior to John’s. King Philip of France refuses to acknowledge John as the king and promises to go to war to put Author on the throne. Just before war breaks out, a settlement is reached by Phillip’s son marrying John’s niece, which joins France and England together. Just as you think everything is over, a cardinal from the Catholic Church arrives and excommunicates John for not following papal orders when he nominated an Archbishop of Canterbury. The French king Phillip immediately breaks the recent agreement with King John and war breaks out. While the war is waging, John has Author kidnapped and orders him put to death. Author is not killed, but secreted away only to fall to his death from the castle wall in his attempt to escape. Meanwhile, John makes amends with the Catholic church and is reinstated. The war goes on and John takes refuge in an Abbey where he is poisoned by one of the monks and dies. With John and Author dead, the crown passes to John’s son, King Henry III, the French return to France, and the English swear loyalty to the new king, and the English realize that internal disputes can lead to international weakness.

WOW - - a full day indeed! Bet you slept well that night. The university grounds are gorgeous. I didn't think many could rival those at Lee but your pic showed equality for sure. I know that landscape you photographed is beautiful for sight-seeing - - but I wouldn't like that scenery all the time. I like our foliage in TN.