This morning we drove to Birmingham to catch a plane for Houston. We landed around noon and met Mark, Sonya and Elizabeth at Mo's for a delicious bar-b-que lunch. We dove into our food too quickly for me to get a picture. (David was working with a landscaping crew cleaning up yards, so we missed seeing him.) Mark took sandwiches, sides and dessert back to about 50 volunteers at Second Baptist Church (north campus) who were getting the church ready for week end services. 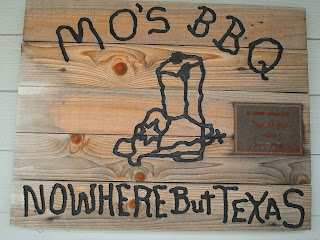 While we were visiting after we finished eating, a group of Border Patrol people came in and we learned that they were here to give assistance to the local group. They were from Miami, Tampa, NYC, and New Jersey and were told to come and get some great food! One of them was taking a variety of pictures for his blog!

When we left there, we stopped by Sam's Club to get some books to read and then went to Kingwood to see some of the damage from Hurricane Ike that hit last Saturday. WOW! There had been many hours spent cleaning up but so much left to be done. 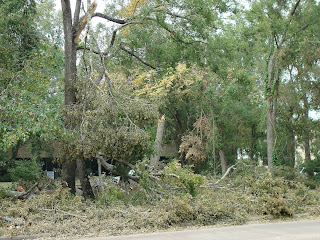 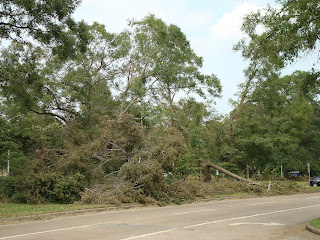 This Taco Bell obviously isn't ready for any customers! Most of Kingwood did not have power as of his afternoon. None of the traffic lights were not working so they were like 4-way stops. 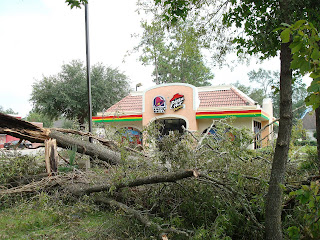 We then drove into some of the neighborhoods. Many of the homes had people working cleaning up the debris or already had their trees and leaves cleaned up and out to the curb ready to be picked up. Others were still in a state of disaster such as this house where we stopped and visited with the owner. 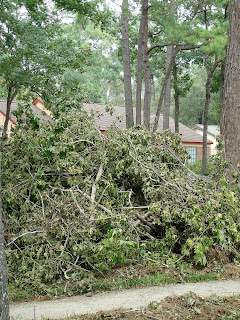 He and his wife were watching TV last Sat. morning when a tree fell on their roof and caused a roof member to come through a wall very close to where they we sitting. (This picture shows it after they had cut the lower half of it off.) 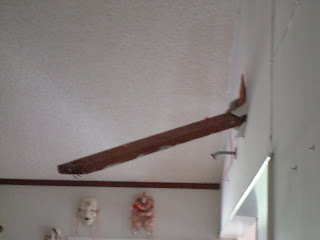 The force of the blow from the tree caused the house to shift on its foundation as you can see from the porch shot. 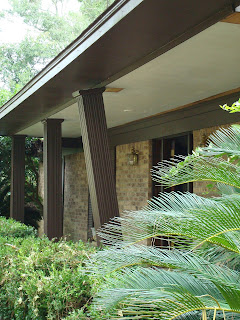 We continued to drive around and came to another house that we thought deserved a picture. 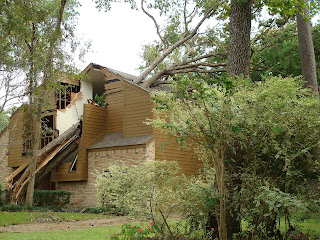 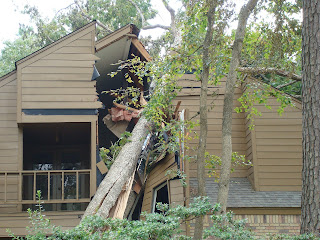 So much clean up has taken place and so much left to be done. Now these people need electricity.

We found our hotel, checked in ,and went to What-A-Burger for supper. One thing about the room, it has a cloud mural painted on the ceiling. 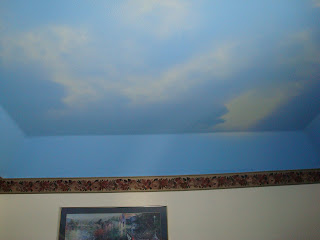 But considering all of the people needing rooms in this area...those from the coast who can't go back home yet and those from here who don't have electricity and can't or won't stay in their house...we are fortunate to have a room...even with the clouds and stars!
Posted by Mary Helen at 9/19/2008 08:44:00 PM

That's really heart-breaking to see such destruction! Poor people! How blessed we are. (And I do like the "fall" look for your blog) :-)