A Ray of Sunshine

Before we get to the "ray of sunshine", let me tell you what we did prior to the football game. After another wonderful breakfast at the hotel, we went to Old Town Albuquerque. 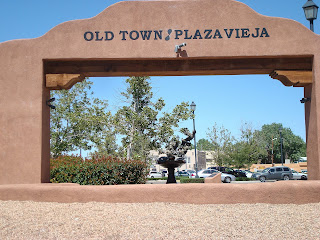 We took a tour of the area on a bicycle carriage with a very informative guide. The Old Town was a walled city, founded in 1706, and was 5 blocks deep and 3 blocks wide. There was only one road in and out of the city...sort of a gated community but with no gate. 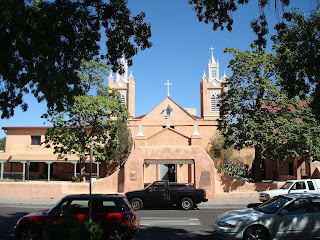 The church was built in 1793 after the original adobe one was collapsed in a rain storm. It has been in use continuously since the time it was built...the oldest church in America with continuous services.

We walked around the plaza where we saw many Aggies who were taking advantage of a little culture before the game. We shopped, listened to music and then ate another meal of Mexican food! 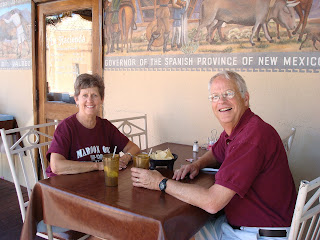 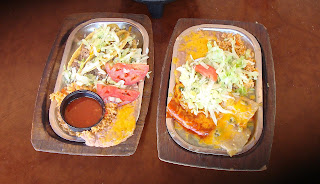 We saw a group of Navajo gentlemen who had been Code Talkers during World War II. They were signing books and shirts. 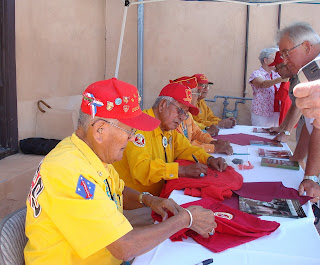 We then went to the University of New Mexico--Texas A&M football game. Here are some pictures of the scenes we saw before and during the game. The final score was the "ray of sunshine" ...28-22. It was really not as close as the score would indicate. 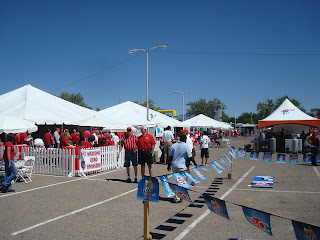 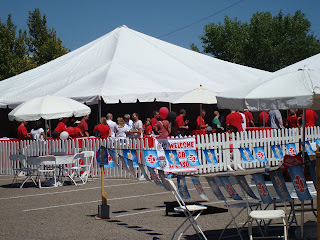 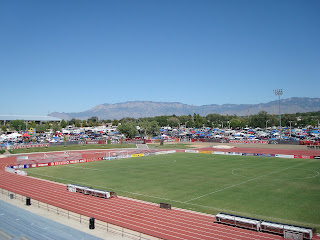 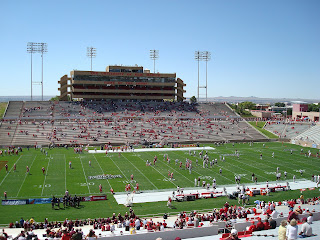 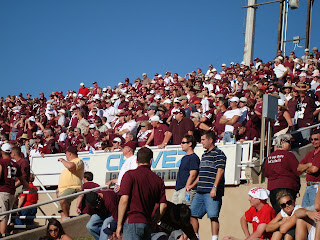 We had eaten enough Mexican food for a while, so we stopped for a Lottaburger, which was very similar to an In and Out burger or a Whataburger. The addition that made it unique was the green chili sauce that was added to it...very tasty. 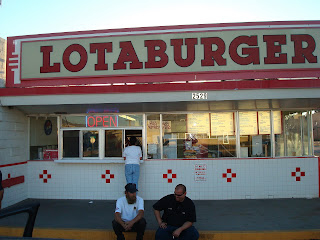