This morning we fixed breakfast at the condo and then went to the farmer's market. It was a real variety of items that were being sold...jewelry, baked goods, flowers, canned foods, as well as fresh fruits and vegetables. We bought some things to eat now and to use later for meals. As we were walking around, we saw 2 of the singers from last night! Most of these booths are manned by Mormons and they are very industrious. It was so precious to see young girls who had made various things to sell along side their mothers who were also selling things. 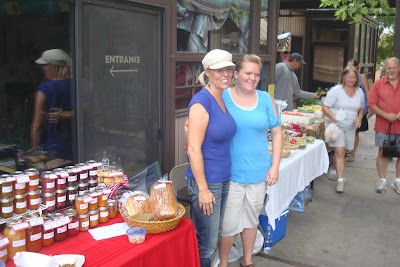 We saw this firetruck and had to jump on for a quick picture! 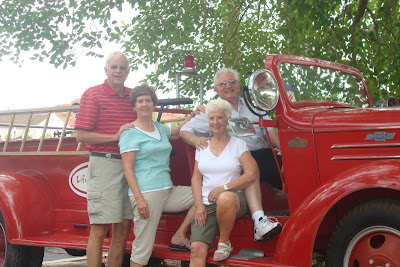 We went to Cosco and got some things to have in the condo to cook. J prepared us a wonderful lunch of salad, asparagus and pulled pork.

Mike and I took our dirty clothes to the laundry room to wash. 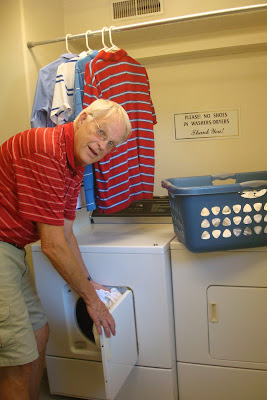 We had a couple of good showers this afternoon and during the time between showers, we took a walk in the adjoining neighborhood. Unknown to us, after the first turn, the road starting going straight up the side of a mountain! When we reached the top, about a mile later, we realized that we had climbed over 500 feet. The view of St. George was spectacular... 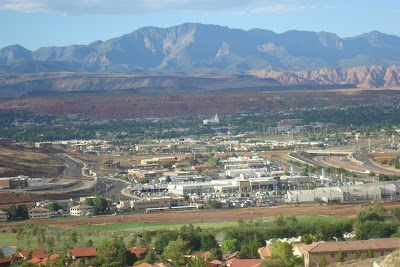 On the way down, it started to rain again and we got to see this gorgeous rainbow. 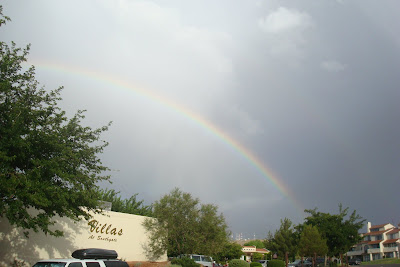