We flew to Texas recently for the sole purpose of watching football games!

On the initial flight, one of us was on the back row … 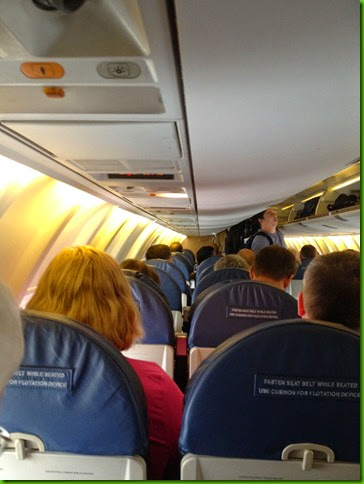 with a non-talkative seatmate! 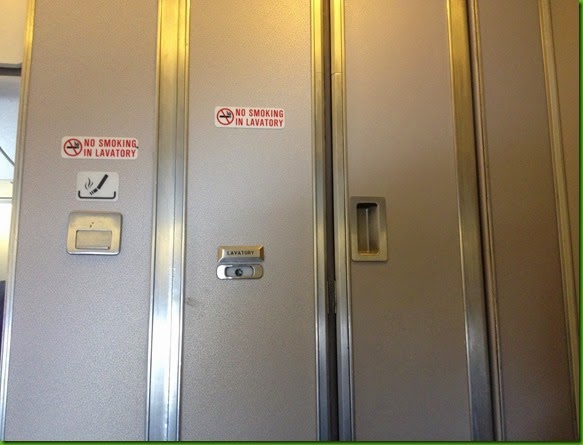 Luckily, it was a small plane and a short flight!

On the longer flight, we had much more leg room… 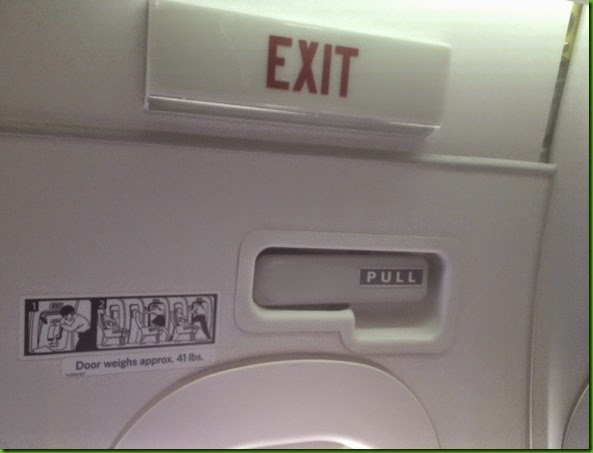 On the drive to Odem, we stopped at Freebirds for a burrito bowl. 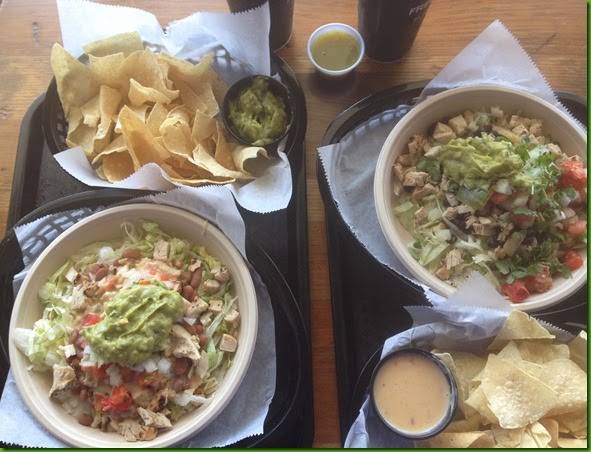 Before we went to J’s football game, M and P were able to look over his plan for classes at A&M, where he has been accepted…but that’s no guarantee that he will go there.  He has applied to other schools with strong plant genetics programs. 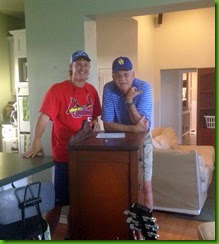 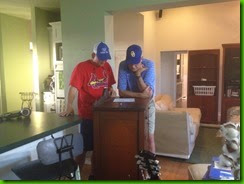 Great football game in the evening… 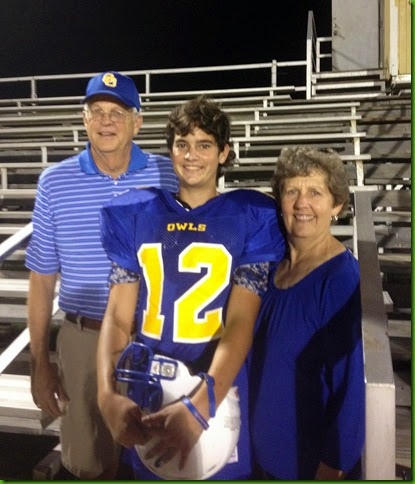 On Friday, the UPS man delivered a package that contained all of the “heads” of the varsity team.  So, of course, we had to have our pictures made with P. 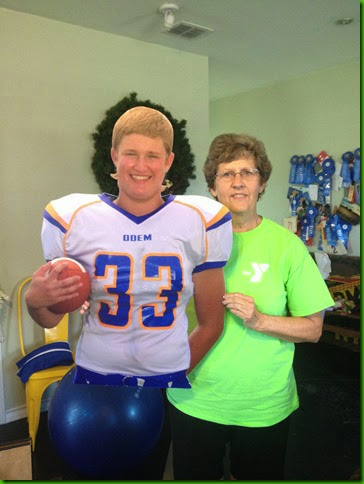 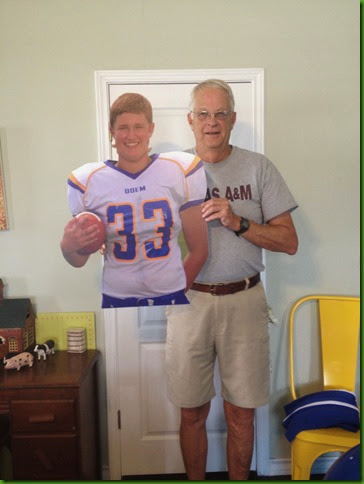 The boys had early dismissal for parent conferences, so after lunch, my favorite chauffer took me to see the new heifers. 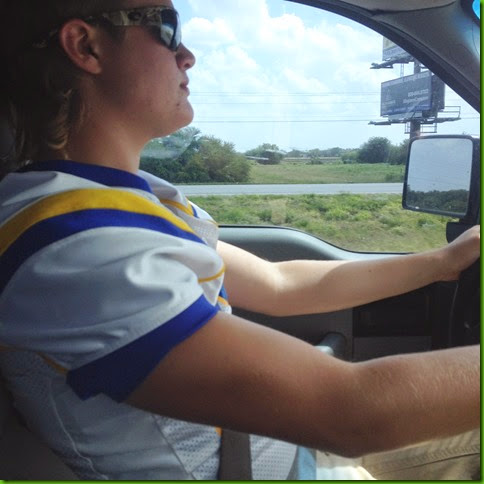 This year they are going to show heifers as well as pigs. 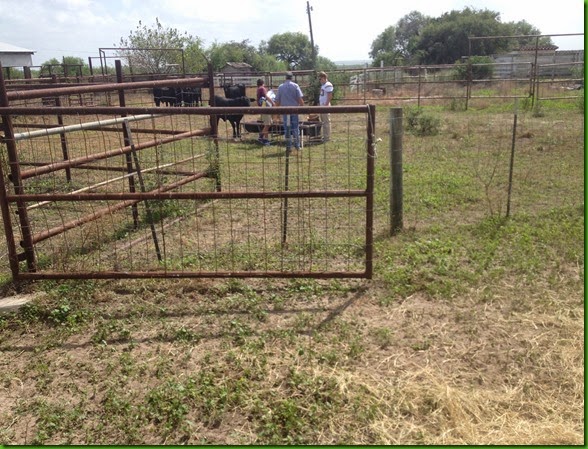 The varsity played in Kingsville at Javelina Stadium on the campus of Texas A&I.  They were playing Kingsville Academy which is the high school on the King Ranch. 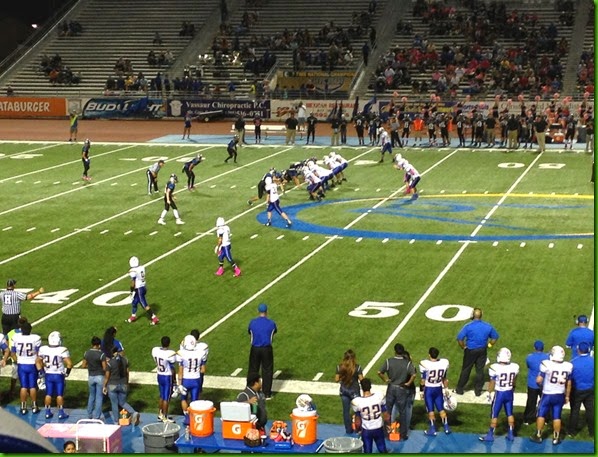 P played a great game; he had 5 catches for 80 yards. The Owls were the winners! 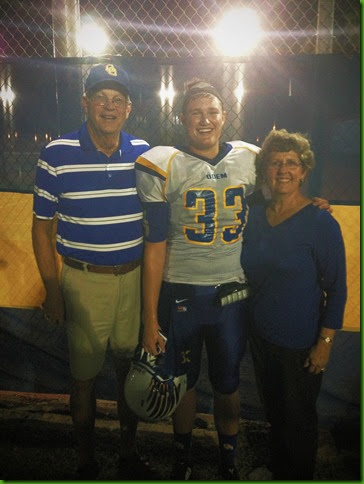 Before we left for the game on Saturday morning, we went to see the chickens, where there are fewer than when we there earlier, 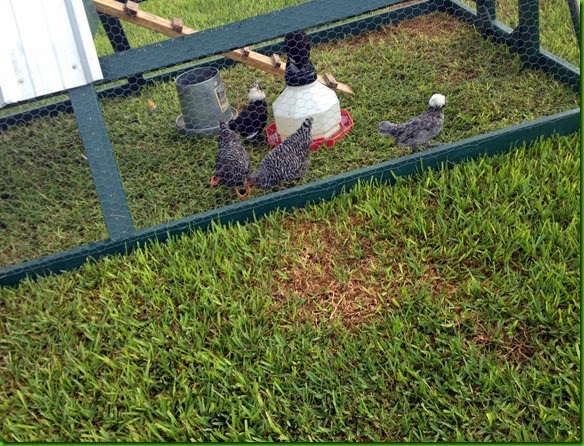 and the pigs, where there are more than before. 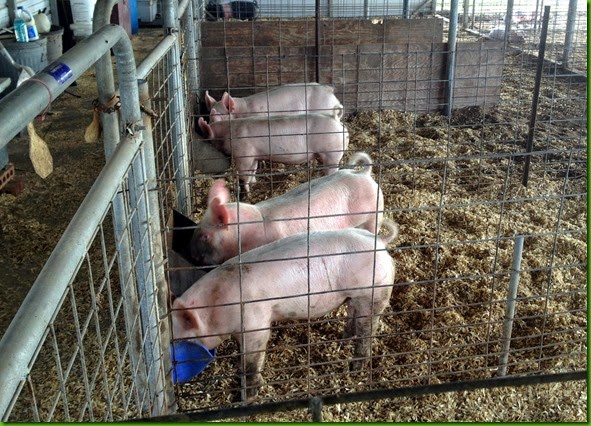 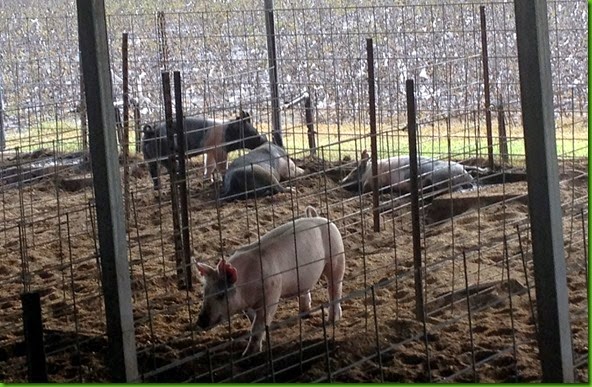 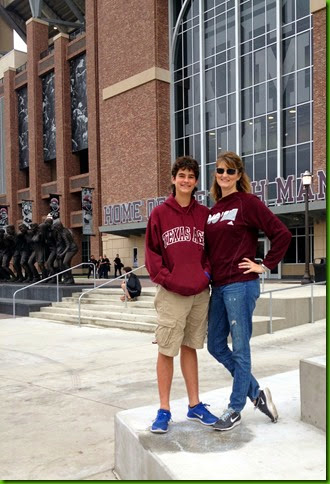 The football team walks in as part of the band leads the way.  Here are some Senior boots; these are the same as what Mike wore in 1966 when he was a Senior in the Corps of Cadets. 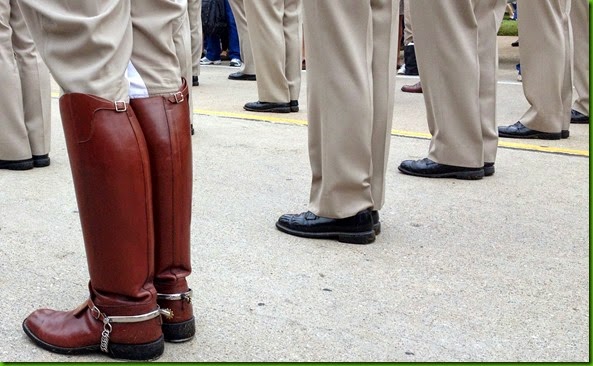 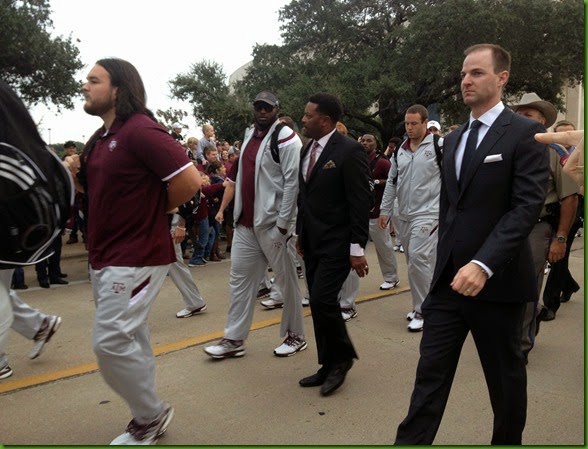 Texas A&M may not have The Grove, but this is only a part of the many tailgating tents. 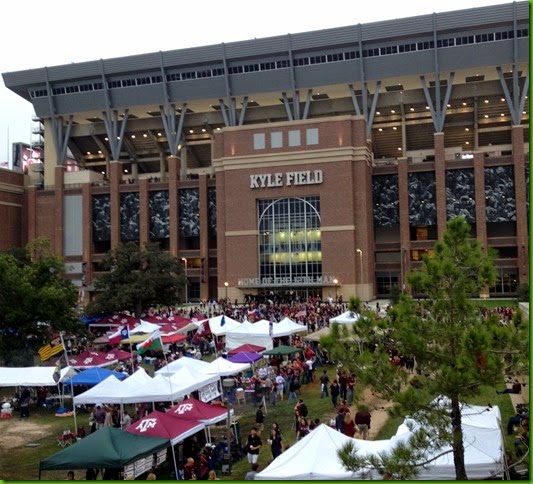 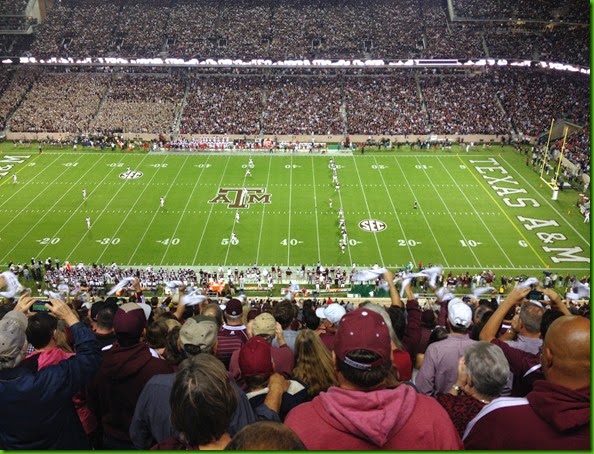 Another great half time show by the A&M band.  Here they are ready to step off on Hullabaloo! 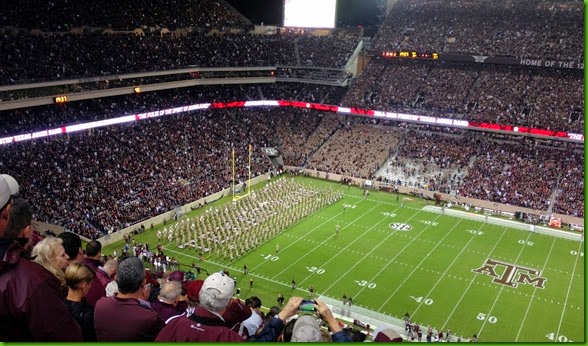