Yesterday we went to see the Braves play the Phillies at the Phillies spring training site. We were there 1 1/2 hours before game time so we could watch batting and fielding practice and walk around the stadium. 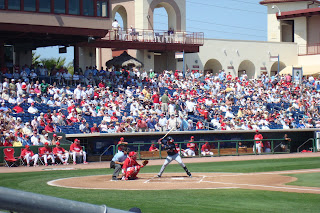 Chipper wasn't there...playing the World Baseball Classic before he got hurt. Jeff played along with the other starters for 4 innings when the score was 10-2. 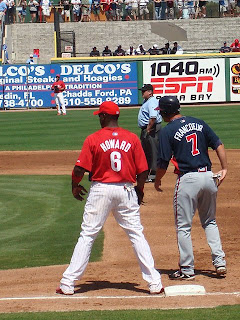 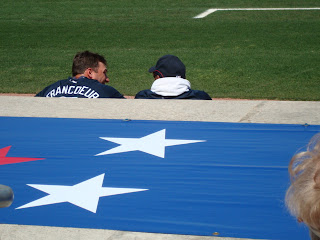 We saw many new faces and names with Jason Heyward standing out. There were several of the players who wore their pants pulled up, so they quickly became my favorites! (I'm old school!) We had good seats that we got when we got there at the ticket booth...4 rows from the Braves dug-out. The weather was great..sunny and from 75-80 degrees. It was a sell out game..8,300, with the majority of those being for the Phillies. The final score was 12-10...Braves win, Braves win. 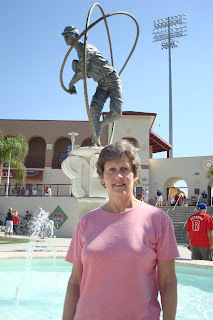 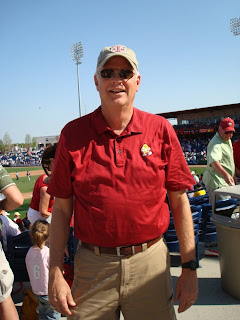 We had made connections earlier with some very dear friends from our days in Waco. Our girls are the same ages, so we did lots of things with them during our time in Waco and we have all stayed in touch through the years. We met them for supper last night at Cody's Original Roadhouse. The wait was long, but that was OK since it gave us time to visit. 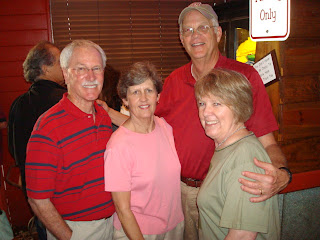 After a wonderful dinner of fajitas, we continued our visit. 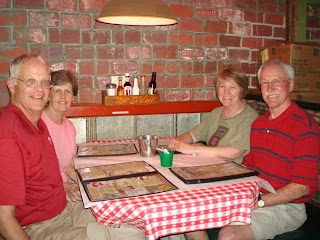 It was a good day but late when we got home. Old people need their sleep, so that's why this is being done on Thursday morning before we head out for another great day.

Just read your blog and am reminded about what a good visit we had. Need to do it again.