This morning Jon went early to the pig barn to get the pig ready to show today. Kelly and Payne followed later and Jackson and I went to Micky D's before going over. 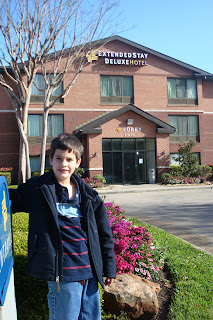 Payne showed his pig around 10:30 he wasn't in the ring too long before the judge said that his pig was "too round". Jon had thought that was a good thing, but obviously the judge thought otherwise. (Sorry that the pictures are too dark...I don't have Picasa on this laptop.) 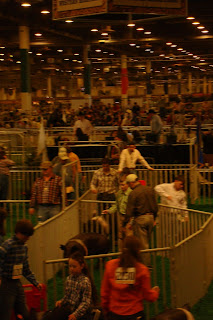 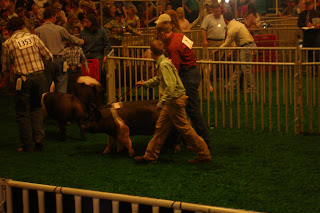 So Payne's pig was sent to the truck and everyone was disappointed. Now we'll wait until tomorrow for Jackson to show his pig.
We rode the tram back as far as we could and then walked to the hotel. 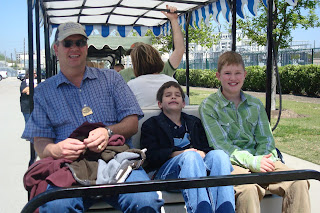 Everyone was getting hungry so we went to Pappasitto's for Mexican where we all (or at least I did) pigged out! After a rest, we went back over to the Stock Show.