Here are a couple of pictures that I confiscated from their mother!

J was playing a basketball against some amazonions!  He is the one in black between the two giants in white.  But they won!! 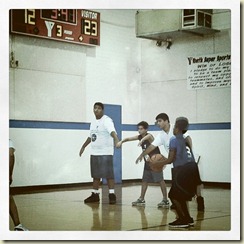 P took his driving test this week for his learner’s permit.  (He should be starting kindergarten, not driving!)  It was taken from a cell phone and doesn’t enlarge well at all.  He had just gotten a Subway and had to stop for the paparazzi before he put on his seat belt! 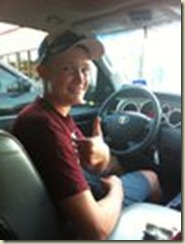 Pretty cool and major accomplishments for both of them this week!!!

Wonderful blog. I am searching awesome news and idea. What I have found from your site, it is actually highly content. You have spent long time for this blog. It's a very useful and interesting site. Thanks !