This morning after a wonderful breakfast of eggs, sausage, oatmeal, biscuits and gravy, waffles, juices, etc. we went to the Literary Seminar to hear discussion on the plays we saw yesterday. 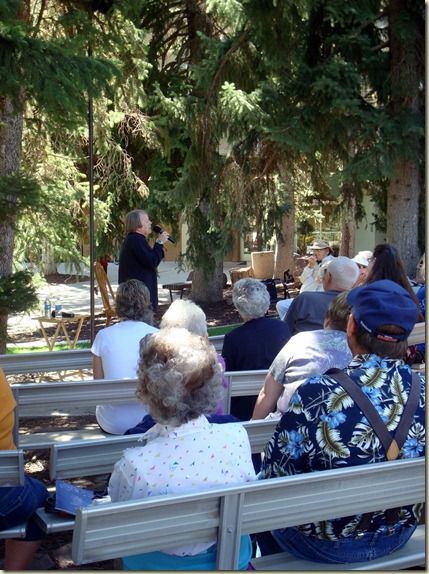 Some men found it a good time for their morning nap! 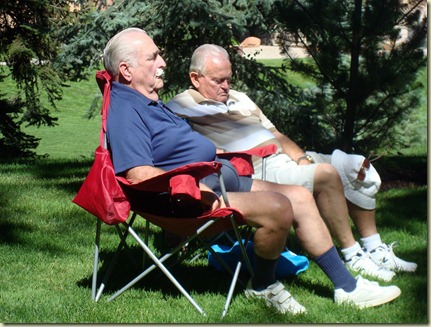 We went to the Costume Seminar before we went to the Curtain Call Luncheon. We got to eat and then have 3 of the actors sit and talk to us and answer questions from the attendees. 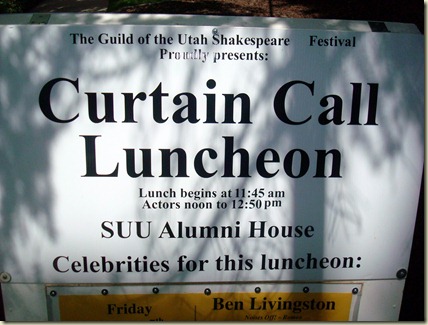 After the orientation, we went to see The Music Man, which was a great story and a great production. It is story of a con man traveling salesman who hoodwinks a town into buying instruments and unforms for a town band. Part of his promise to the town was to teach the band members to play their instruments. The con was that he could not play or teach music. The con falls apart when he falls in love with the town librarian. Just before the con man is to be run out of town, the band marches in their uniforms miraculously playing their instruments, the town is pleased, and the former con man has the person he loves. 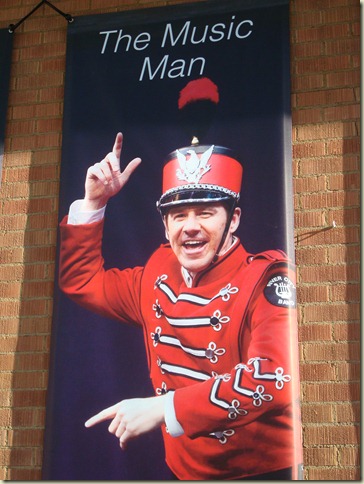 We ate bar-b-que for supper…very good. 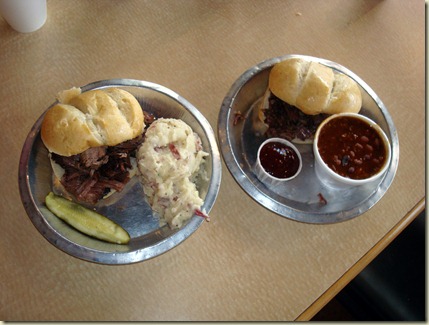 Tonight we saw Richard III and it was a very dark, bloody, and hard to follow play. The play is about the English King, Richhard III's ascention to the throne and his demise. He became the king only after killing his two older brothers and their male children, marrying one of his brothers widows, and hoodwinking the clergy. Unfortunately for Richard, he loses most of his supporters during his villianious rise to power, and is killed in a battle with his successor, Henry VII. As the play ends, no one mourns Richard"s death.

So I wonder if those two men were there just to please their wives? I love 'The Music Man'. It has always been one of my favorite movies. Could it be because I played clarinet in band - - - and like being a librarian?!!! And the music is great.