This morning we ate breakfast of eggs, bacon, pancakes and toast. After stopping at the Post Office for stamps, we headed toward Cedar City where we will be seeing our 1st play this afternoon. This one will be Private Lives by Noel Coward…a witty comedy.

Along the way we stopped at the Grand Staircase Escalanta National Monument visitor’s center. Mike got a stamp for his passport for the national parks…he hasn’t missed an opportunity for a stamp yet! This particular area is managed by BLM and not the Park Service. The gentleman in the office was very informative about the geological formation that makes up the Grand Staircase. It starts at Bryce Canyon with the pink layer and then terraces down to the grey mountains and then terraces down to the white levels and finally the vermilion levels. So it’s not really a staircase that you can see at one place but seeing it on a map makes it much clearer. The entire monument is 1.9 million acres.

He also filled us on things we had experienced yesterday. The first “adventure” we had was over the Moki Dugway and the second one was on Hogsback…which was a very accurate name for that particular stretch of road. 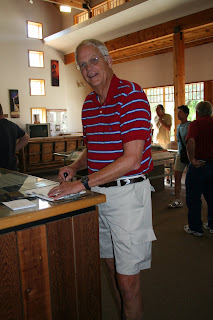 Our next stop was the Red Canyon visitor’s center, where once again, Mike got a stamp! As we left this area, we drove on the edge of Bryce Canyon, where we have been previously, and were able to see the hoodoos that are so indicative of Bryce Canyon. All of this area is so beautiful and different from where we live. 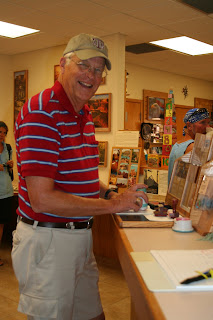 When we were on the interstate between Salt Lake and Cedar City, we saw lots of hay being grown, watered, mowed and baled. We also passed a milking feedlot that would require much of the hay being grown.

Our first activity at the Utah Shakespearean Festival is an orientation for Private Lives and then we went to see the play which about a couple who divorces and then each of them remarry and go on their honeymoons at the same hotel with adjoining balconies. The plot of the play evolves as the original couple realizes that still want to be together even though they still argue all the time. Right now it is our #6 play for the season! 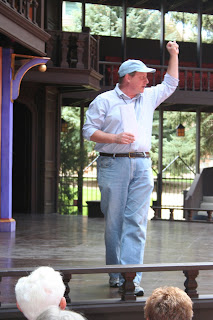 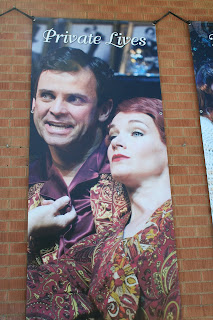 For supper tonight we went to Milt's Steak House where we had steak, baked potato, salad and rolls. We went to the evening orientation where Fred Adams, the founder of the Festival gave the orientation. We saw The Comedy of Errors which is one of Shakespeare's earliest and smallest works. It is about 2 sets of identical twins and their mistaken identity. There is no social redeeming quality to this play...it is just a comedy of errors. 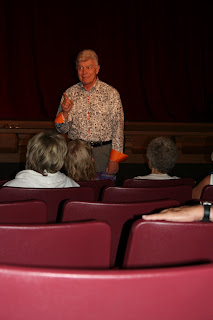 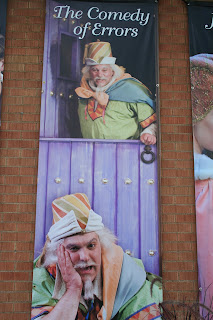