Another wonderful breakfast this morning and then we went to the literary seminar. We had new plays to talk about and there are always different people there. 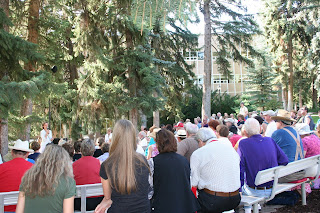 The third hour was different today when we had the actor’s seminar. We had the couple from Private Lives who are a married couple in real life. Another interesting aspect for us was that we had seen them in Mamma Mia at Mandalay Bay in Las Vegas. It’s such fun to get to interact with the actors. 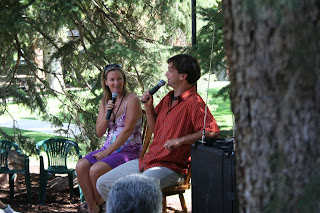 Lunch was fruit, nuts and drinks again…we’re not creatures of habit!
The afternoon orientation was held in the outside theater. It started out in the sunshine but ended up in a torrential rain storm. 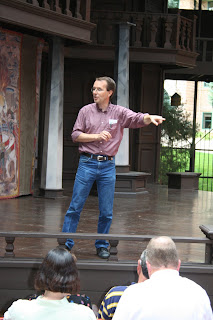 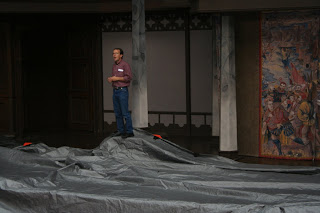 We learned a little about Foxfire but it is a play that is understandable just by watching. It was a poignant play about living and growing old in the Georgia Appalachian Mountains. It was a collection of stories about the love of family, the love of land, and resistance to change. It was very moving…especially to those of us who live in that area or were raised with those values. I will now find our Foxfire books in the basement and revisit them. 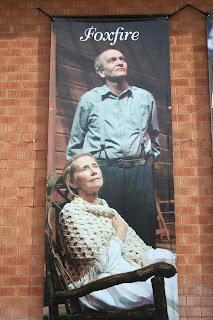 Supper tonight was steak, potatoes and salad.
This is an artisan who was carving walking sticks. 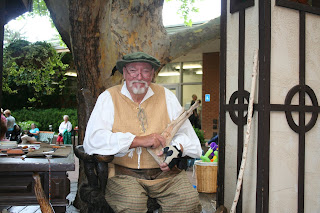 Our last play for this season was As You Like It, a comedy by Shakespeare. It is a play about banishment, love’s found, loves’ lost and love’s found again. It was a great play to end the festival for us. 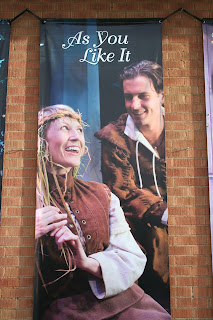