After we had breakfast at the hotel, we walked a couple of blocks to the subway! We bought our Metro cards, found where we needed to go and boarded the subway for Ground Zero. 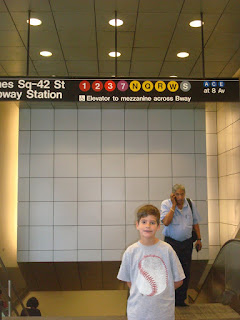 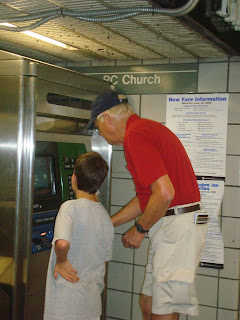 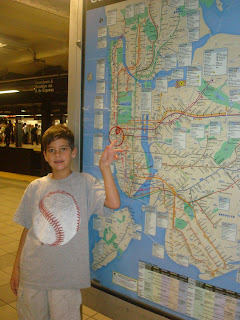 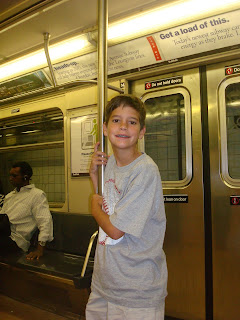 We stopped at St. Paul's Church to see where all of the rescue and volunteer personal were housed, fed and ministered to after 9/11. They have removed all of the pews from inside the church except for George Washington's pew that he used when he was inaugurated as our first President. 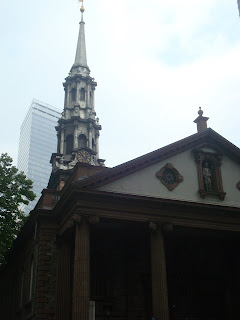 This is the Hope Bell that was given by the people of France; it is rung each Sept. 11 and also been rung after the other major terrorist attacks around the world. 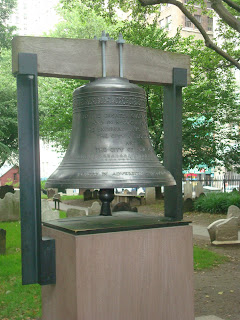 We then walked over to where they are constructing the 9/11 memorial and other buildings where the World Trade Center towers once stood. 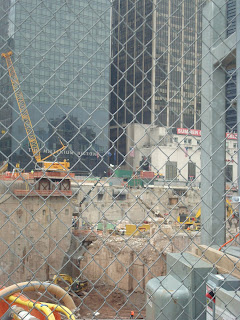 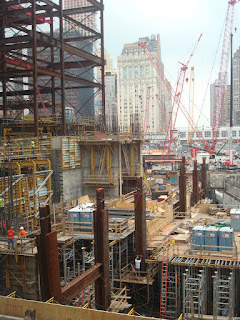 We took the subway to the closest stop to the Intrepid. It started raining along the way, so we had to stop for a purchase! 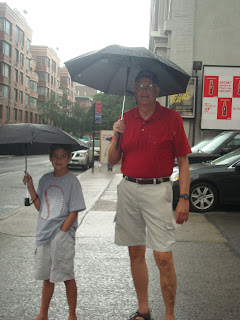 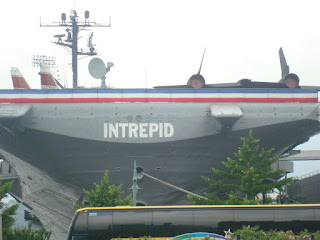 The Intrepid is a WWII era aircraft carrier. It saw extensive action in the pacific, survived numerous Kamikaze attacks, and played an important part in the winning of the Pacific campaign. The ship served our country during ther Korean and Vietnam Wars and was decommissioned in 1974. 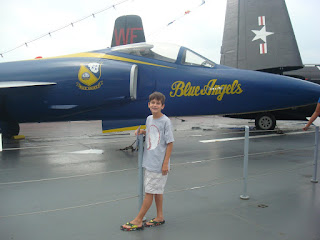 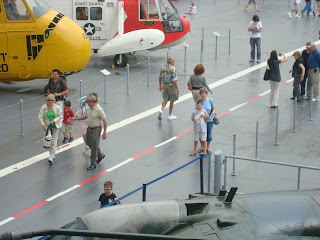 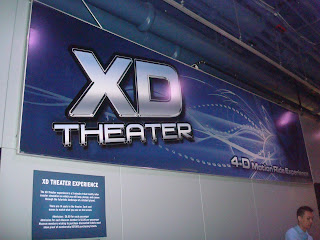 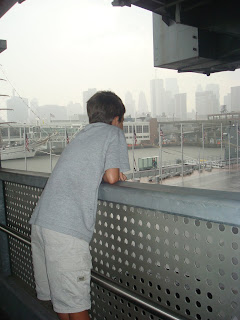 Also part of the exhibits was a Concorde airliner. We were able to go inside plane and see how people flew in it across the Athlantic. 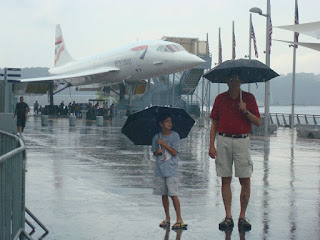 Finally, we were able to tour a cold war era submarine, the Growler. It was the first of the nuclear missle attack models that was used during the 1950's and 1960. Mike said that it didn't take long in the tour to remind him why he wasn't a Navy Submariner. Things were really close. 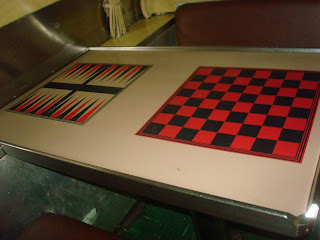 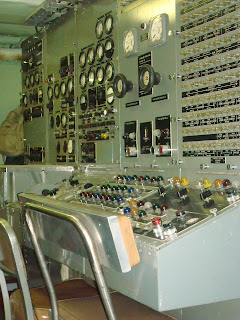 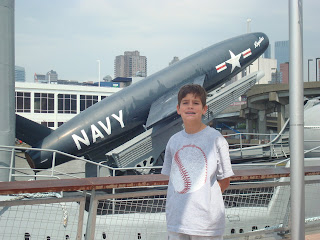 We returned to the room for a rest and shower and then went to a neighborhood "dive" for supper. It advertised Tex-Mex and was served by an Asian! 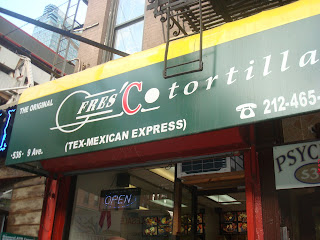 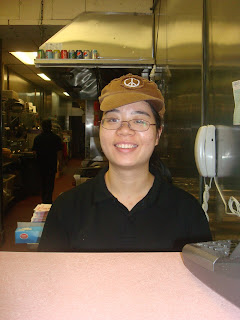 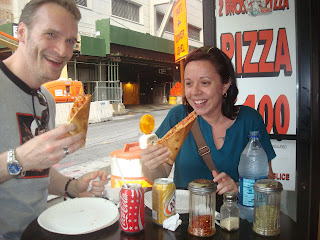 We're off to see Shrek tonight on Broadway...will write about this experience tomorrow.