We woke to a gorgeous morning, a slight breeze with clear blue skies. We had an ordinary breakfast at the hotel before we went to the Alexander Graham Bell Museum. It was very informative, but the best part was meeting the wife of the great-grandson of Bell. She was here for a meeting ; we saw a quilt in the meeting room and asked her if we could look at the quilt before the meeting started. She was so interesting and told us about the quilt, which she had designed. It wasn't until we were talking with one of the museum guides that we learned who she was. This is a picture of them looking a the Bell house, which we could not go and see. 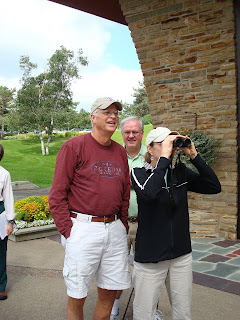 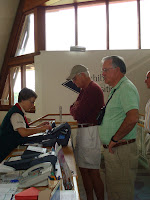 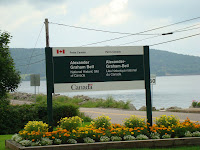 We then started to drive The Cabot Trail. The scenery changed from sea level to mountainous terrain with cliff that fell from the roadside down to the ocean. We stopped along the way to look for birds and whales...we saw the former but not the latter. We ate lunch at a bar in a restaurant since there was no room in the dining room ...a bus load of people had taken over all of the tables. We were able to have a great conversation with the bartender who was a very informative Acadian. 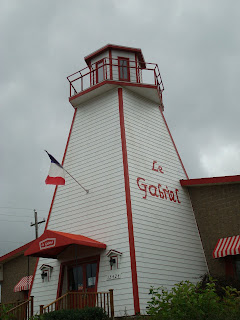 We continued to have breath-taking scenery with blue waters of the North Atlantic and great vistas that sometimes had us rising into the fog. We would go from sun to clouds to fog in a matter of minutes. We stopped at 2 different walking trails that took us on boardwalks over bogs and marshes. A waterfall was another of our stops along the Trail. 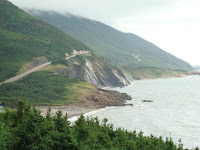 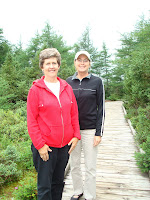 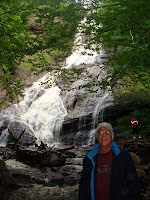 Our last stop was at Neils Harbour that is a small fishing village on the east side of the Cabot
Trail. We saw crab traps for the first time along with another lighthouse. 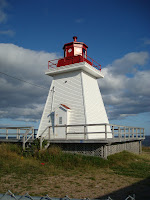 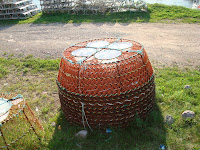 We ate supper at the Chowder House...this was a recommendation from Gail and Bill Martin. Another great meal. The owners had seen whales earlier in the afternoon, but we didn 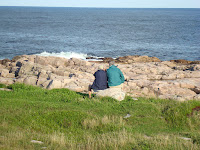 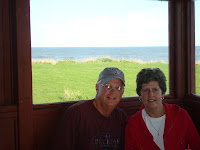 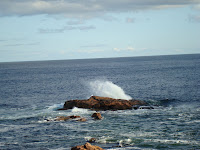 On the drive back to Baddeck, we rode on a ferry and enjoyed the full moon. 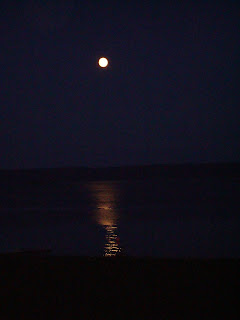 I LOVE going on this trip with you. The pictures have been so great - love the lighthouse ones - as has all the information. So glad you have this blog!!!