Not a Great Start

Saturday morning we drove to Birmingham to catch a plane for Houston. Along the way, we came upon a caravan of 12 ambulances that were obviously heading to the Gulf Coast when Hurricane Gustav hits. There were from Mass. and some had FEMA signs on them. 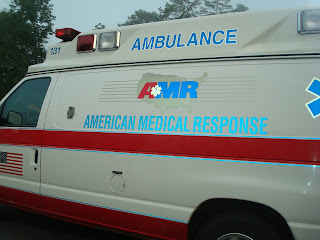 After we got into Houston, we had a Whataburger and then drove to College Station where we met Kelly, Jon, Payne and Jackson and we enjoyed the pregame activities at A&M. 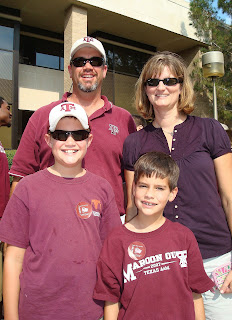 As they Corps was marching in, there was a company of young people who have already served our country; all of them had served at least one tour of duty in Irag, Afganistan or Kosovo and are at A&M getting their degrees and commissions. The company stopped where we were standing and Jon and Jackson talked to the guidon barrier. ( While "at ease", they can talk.) 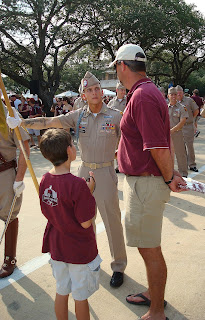 Payne and Jack spun wheels, played games, threw footballs and collected "stuff." It was hot and we went inside to enjoy the cool air...along with most of the other 78,000 people! 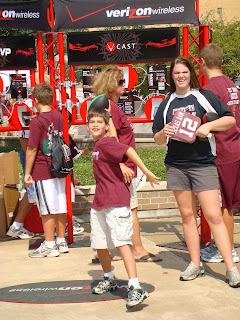 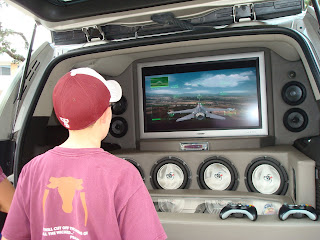 The game was a real disappointment for all who were there. We all drove back to Houston and the boys stayed in the room with us. This morning we went our separate ways. 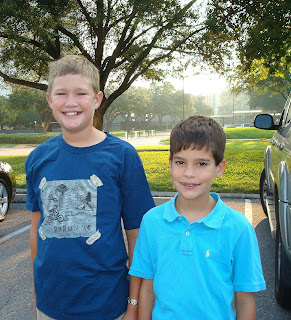 We flew back to Birmingham and had another Whataburger for lunch before driving back home. All the way from Birmingham to Chattanooga we saw car after car after car with Louisiana license plates. They were leaving the areas threatened by Gustav. This car said it best! 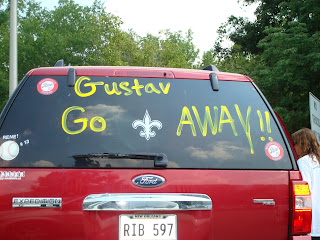