We ate a very ordinary hotel breakfast before we drove a scenic route to Peggy's Cove. These rocky , ragged coasts are so pretty in their own way. We got sunscreen out of the trunk of the car and I got two of my fingers mashed when the trunk was closed. It was the first injury of the trip but I was able to "carry on". We walked through the quaint town of Peggy's Cove where we saw a red and white lighthouse, rugged terrain, nearly total granite rock...no top soil for the most part...lobster traps...it's a working fishing village. 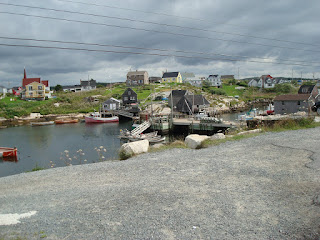 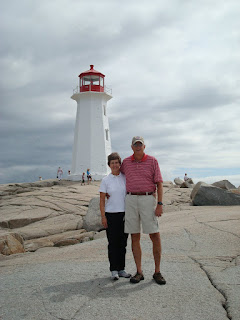 We stopped at a fish and chips place for lunch where we had wonderful fish along with some sweet potato fries. The owner was there and we enjoyed visiting with her while we waited for our food, that we ate outside...something we don't get to do in Cleveland often. 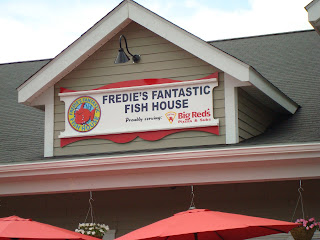 We got on the major highway and drove to Shelburne, which is a town that dates back to the early 1700's. The town's claim to fame is that it is the location where some 400 pro British American families sought refuge after the end of the US Revolutionary War. We are staying in a Bed and Breakfast that dates back to 1784. Supper was delicious hamburgers and onion rings for some of us and scallops and onion rings for others. 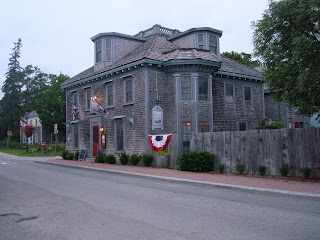