Our breakfast at the B&B was good; we actually ate in the kitchen...felt so at home. After going to the Information Center, we walked to an Anglican Church and its cemetery. A young man in the church told us the history of the church ,which was founded in the late 1700s. The congregation outgrew the facility and it was rebuilt several years later. 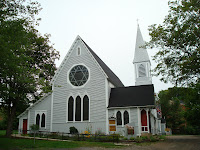 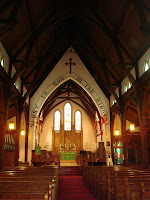 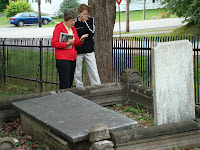 The guide was very informative and knew much about the church even though he was a Baptist. The conversation got around to today being Payne's 12th birthday and he let us ring the church bell 12 times! HAPPY BIRTHDAY, PAYNE 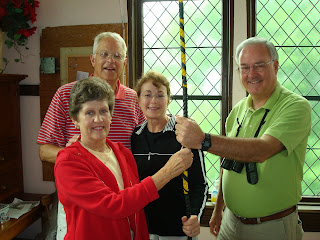 We left Digby and started our 240 mile drive toward Antiganoish, our destination for the evening. Along the way we found an abandoned lighthouse that was down a one-lane dirt trail...not only did we find the lighthouse, but we found(and ate) cherries on a tree and blackberries on bushes--both were delicious. 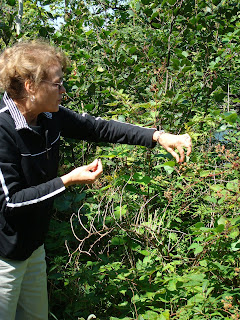 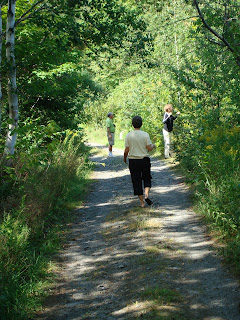 We had to stop for gas and cleaned the windows while we were there. 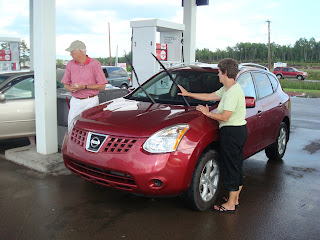 We ate lunch in Middleton at a Mom and Pop restaurant that served delicious food and even better dessert! We drove by a festival celebrating the Loyalist arrival in the area. Many of the attendees were dressed in post-Revolutionary costumes. We continued on the Antigonish and checked into our B&B for the evening before going across the street for a light supper. 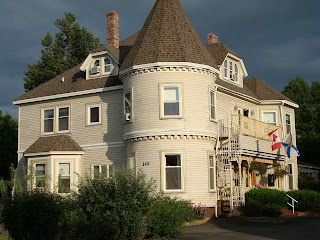